By Rosie Taylor for MailOnline

Children’s yoghurts contain up to as much sugar as two chocolate biscuits – despite being reformulated to meet government targets to make them healthier.

Yoghurts marketed specifically to appeal to young children, including those with packaging featuring cartoon characters like Marvel Avengers, Peppa Pig and Thomas the Tank Engine, can contain 10 per cent sugar or more.

The NHS recommends children aged four to six have no more than 19g – five teaspoons – of sugar per day, while children under four are advised to avoid all sugar-sweetened food and drink.

But some popular brands contain almost half that amount in a single yoghurt, up to as much as 9.4g of sugar per serving. 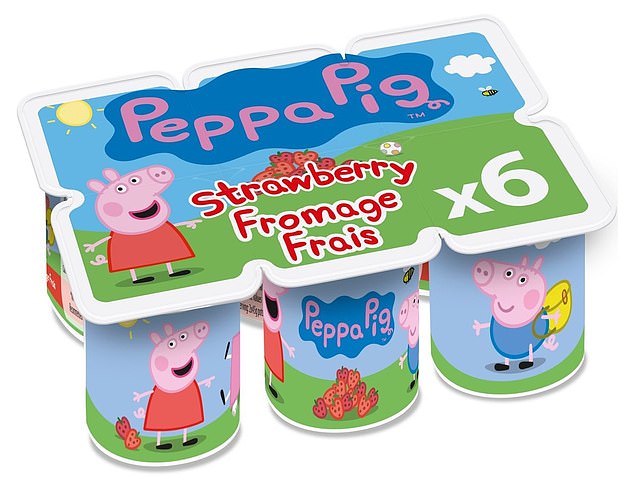 Excess sugar consumption is a major factor in one in five children in the UK being obese when they start primary school and one in three children from deprived backgrounds experiencing tooth decay.

In the Government’s 2015 Sugar Reduction Plan to combat child obesity, it set voluntary targets for yoghurt and fromage frais manufacturers to reduce the sugar content of their children’s products by 20 per cent to a sales-weighted average of below 11g per 100g by 2020.

But an update published by Public Health England last autumn revealed that, by the end of 2019, brands and supermarkets had only reduced the sugar content of children’s yoghurts by around 12.9 per cent, to an average of 10.9g of sugar per 100g. 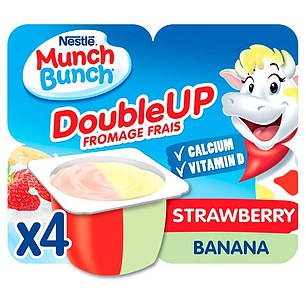 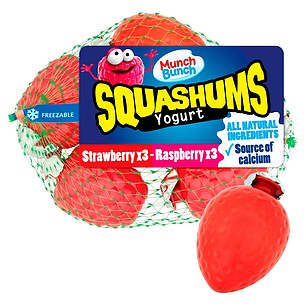 HOW MUCH SUGAR IS TOO MUCH?

The amount of sugar a person should eat in a day depends on how old they are.

Children aged four to six years old should be limited to a maximum of 19g per day.

Seven to 10-year-olds should have no more than 24g, and children aged 11 and over should have 30g or less.

Meanwhile the NHS recommends adults have no more than 30g of free sugars a day.

Popular snacks contain a surprising amount of sugar and even a single can of Coca Cola (35g of sugar) or one Mars bar (33g) contains more than the maximum amount of sugar a child should have over a whole day.

A bowl of Frosties contains 24g of sugar, meaning a 10-year-old who has Frosties for breakfast has probably reached their limit for the day before they even leave the house.

Children who eat too much sugar risk damaging their teeth, putting on fat and becoming overweight, and getting type 2 diabetes which increases the risk of heart disease and cancer.

One 85g pot of Nestle’s Munch Bunch Double Up strawberry and banana fromage frais contains 9.4g of sugar – almost the same as the sugar in two McVitie’s milk chocolate digestives, which have 4.8g per biscuit.

Yoplait’s Marvel Avengers yoghurt pouches contains 11.3g of sugar per 100g – higher than the maximum amount advised by PHE. They are marketed as being: ‘A delicious snack. Anytime, anywhere’, despite NHS guidance that high-sugar foods should not be given to young children as snacks between meals.

Public health experts have warned parents are being ‘misled’ into thinking children’s yoghurts are healthy snacks by packaging which features phrases such as: ‘no added sugar’, ‘no artificial sweeteners’, ‘full of dairy goodness’ and ‘a source of calcium and Vitamin D’.

‘Marketing and packaging can sometimes mislead parents into thinking they are buying something healthy when they are effectively buying a high sugar product,’ said Dr Alison Tedstone, chief nutritionist at Public Health England.

Dr Kawther Hashem, nutrition researcher and campaign lead at Action on Sugar, also warned parents could be ‘misled’ by packaging. ‘Often companies try to avert our eyes from seeing the significant amount of sugar listed in the ingredients by using healthy-sounding claims and cartoon images on the front of pack,’ she said.

‘Companies must make every effort to reduce the sugar in these products, particularly the ones targeted so explicitly towards children.’

Dr Linda Greenwall, founder of the Dental Wellness Trust, said the fact high-sugar yoghurts were still being targeted at young children was ‘inappropriate’ and ‘truly shocking’. 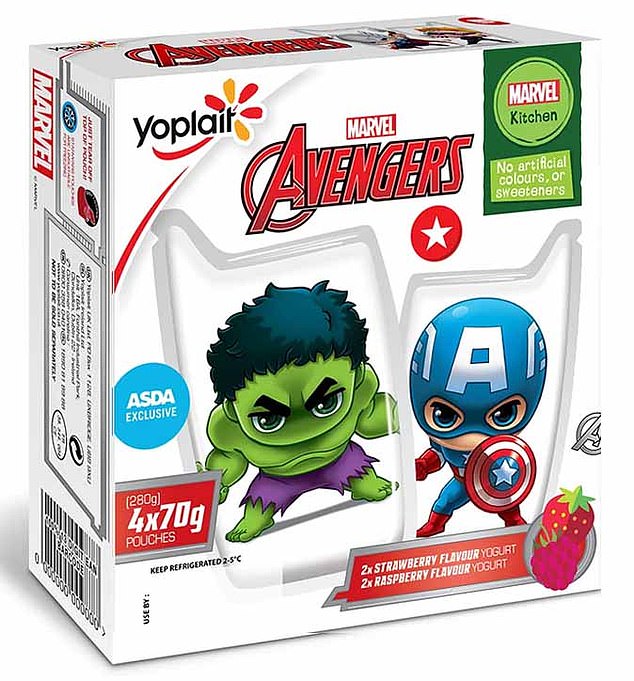 A spokesman for Nestle said the company was ‘fully committed to the PHE sugar reduction programme and has an ongoing programme of innovation and reformulation to remove calories and reduce sugar in its products’.

It said it had already twice reformulated its Munch Bunch Double Up range, removing 10 per cent of the sugar each time and contributing to the removal of 62 tonnes of sugar from British children’s diets.

A spokesman for Yoplait owner General Mills said: ‘We have reformulated many products to meet government targets, which has led to an 18 per cent reduction in sugar, on a sales weighted average, over the past five years.’