Instant karma: Revhead posts a video of himself doing doughnuts on a roundabout to TikTok only for police to track down his number plates from the footage and impound the car

A car enthusiast who shared footage online of him doing skids on a major road has had his four-wheel drive impounded after police used the video to track him down.

The TikTok content creator posted footage to the viral video platform in October of him repeatedly drifting around a roundabout with his Queensland number plates on full display.

The young driver could even be seen raising his middle finger to the camera as he rounded the roundabout – seemingly unaware how easy it would be for authorities to catch up with him.

Three months later, the young motorist revealed officers had removed the plates from his beloved Nissan 4WD and suspended his licence after coming across the video on social media. 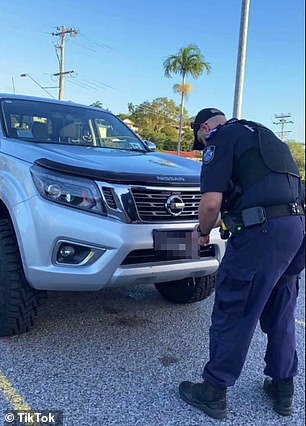 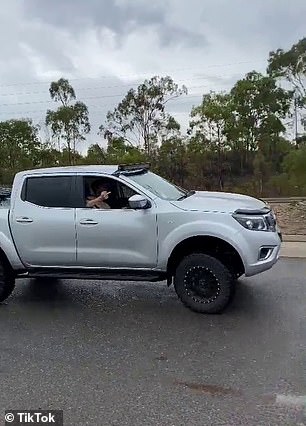 ‘Don’t do skids and leave your plates on kids. Cops had my TikTok video of my skid and rolled me for it,’ he wrote.

He shared photos of an officer prying the registration number from his car, along with another of the vehicle sitting impounded and without plates in a residential driveway.

’90 days (impounded) and six months no licence,’ the driver wrote on TikTok.

Commenters were quick to make fun of the motorist for making it so easy for police to trace his plates.

‘Serves you right you drop kick,’ one wrote. 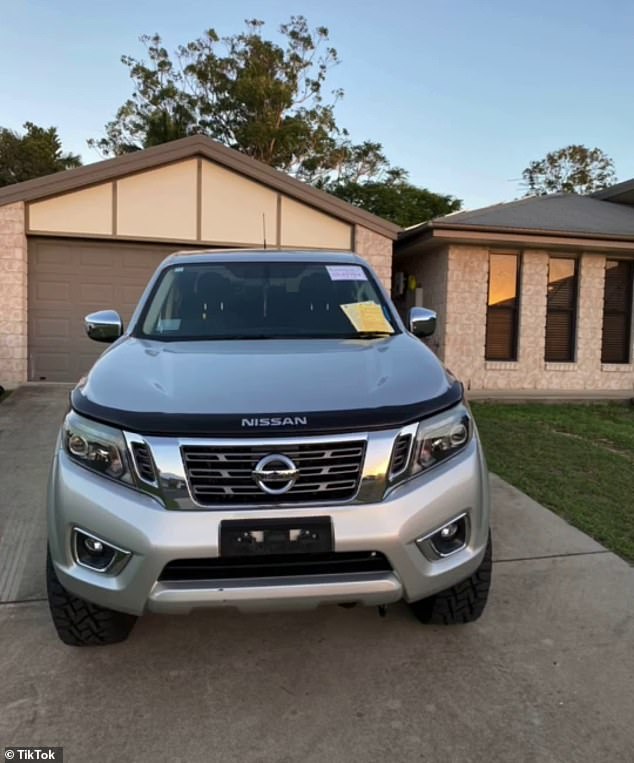 The driver’s vehicle was impounded and left sitting without plates in a residential driveway. He said the car will be out of action for 90 days – as well as him losing his licence for six months

Commenters were quick to make fun of the motorist for making it so easy for police to trace his plates, while others said he was a danger to other motorists

Others meanwhile hit out at the driver for putting lives at risk by doing doughnuts when another car could come by at any moment.

‘I have no sympathy,’ one person said. ‘Especially since it seems like you were doing it in an open space where cars could come along as you got caught.’

‘It’s on a back road – middle of nowhere – on a late Sunday. No cars there at all,’ the motorist responded.

‘Well well well, if it isn’t the consequences of your own actions,’ another commenter wrote.