Police have warned the public to be on the alert for rogue traders after vulnerable pensioner was charged more than three times the going rate to chop down two tiny trees.

The elderly victim, in south Cambridgeshire, had been quoted a staggering £750 for the removal of the small trees, which appear to measure approximately 11 inches in diameter each.

The job should have cost no more than £200, according to a retired tree surgeon who read about the swindling on a Facebook page.

Cambridgeshire Police were alerted to the incident by a concerned neighbour of the victim – and were able to cancel the payments just in time. 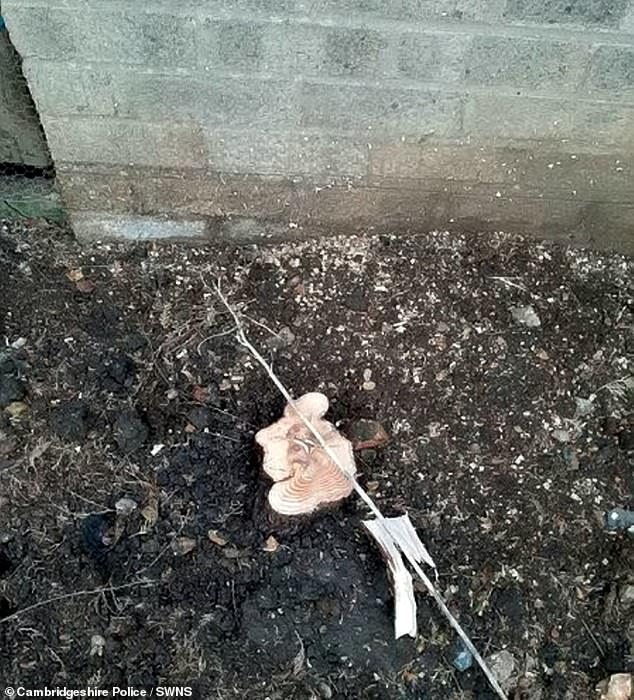 But officers have now warned that rogue traders ‘could strike anywhere’.

Writing on the Cambridgeshire Police Facebook page, officers posted: ‘Officers in the south of the county recently responded to a report from a member of the public.

‘[They] were concerned their elderly neighbour had been targeted by rogue traders.

‘When officers arrived, they discovered the neighbour had been charged £750 to cut down these two tiny trees.

‘Officers didn’t believe this was an honest and fair price. Thankfully the payments were cancelled just in time and appropriate safeguarding put in place. 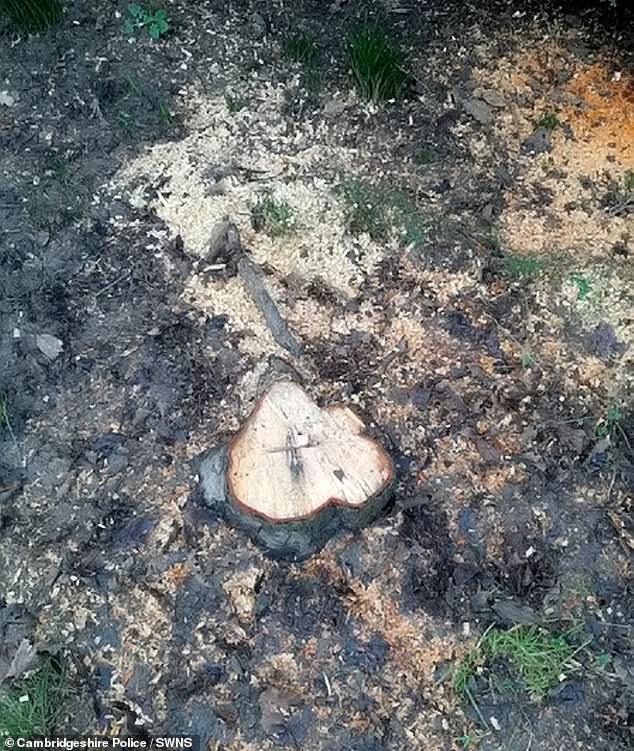 The remaining trunk of one of the trees, which neighbours were shocked to learn cost the elderly resident £750 to have removed

‘Rogue traders could strike anywhere, so please look out for elderly and vulnerable people and report anything suspicious to police.’

And outraged residents of Cambridgeshire praised officers for stepping in to help the victim.

One wrote: ‘Only the lowest of the low would sink to stealing money from the elderly like this. Glad this had a happy ending.’

And another commented: ‘We had a massive conifer (much taller than the house) cut down last year for £250. Definitely sound like rogues.’

A generous tree surgeon even offered to finish the job himself, William Ayers wrote: ‘These are the very people who give my industry a bad name! That’s appalling.

‘More than happy to offer this person free removal of those stumps in a bid to restore her faith in humanity and my industry.’