AFL star Liam Baker was allegedly pepper sprayed by a woman during an argument outside a pub in the early hours of the morning.

Patrons inside trendy nightspot Osborne Rooftop and Bar in South Yarra were evacuated after emergency crews were called to a ‘hazmat incident’ about 1.30am on Sunday.

Baker’s team, the Richmond Tigers, launched an internal investigation into the the dual-premiership player’s altercation, as did Victoria Police.

The incident is yet more off-field drama for the club where multiple players have landed in hot water since winning the flag in October. 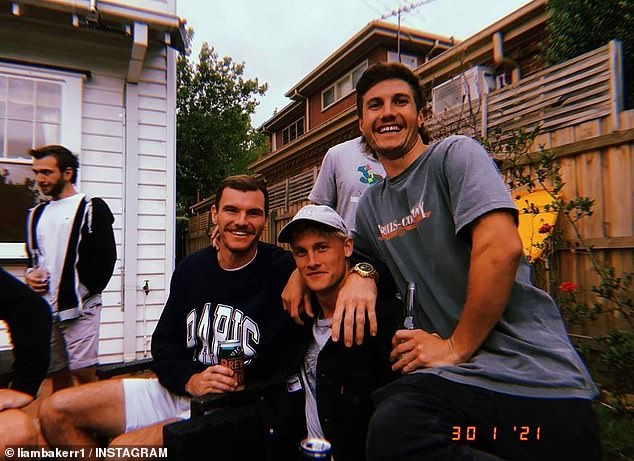 The alleged incident occurred hours after Baker was tagged in an Instagram photo drinking beers at a backyard party with Tigers teammates Noah Cumberland and Kamdyn McIntosh.

No arrests were made at the time and no charges have yet been laid as police investigations continue, the the Herald Sun reported.

‘It is believed capsicum spray was deployed at a premises by an unknown person on Commercial Road about 1.15am.

‘Police are investigating the circumstances surrounding the incident and an investigation is ongoing.’ 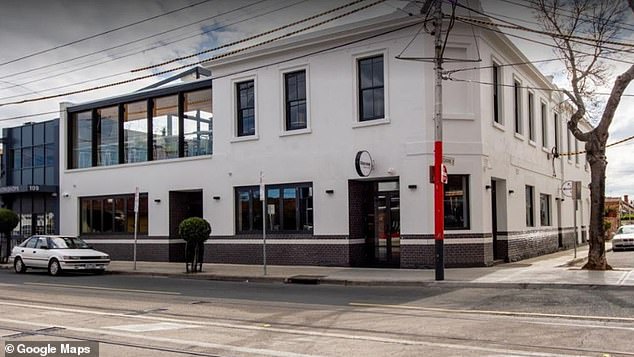 Police confirmed they were called to a ‘hazmat’ incident at the Osborne Rooftop and Bar (pictured) in South Yarra, where Liam Baker was allegedly pepper-sprayed by a female patron 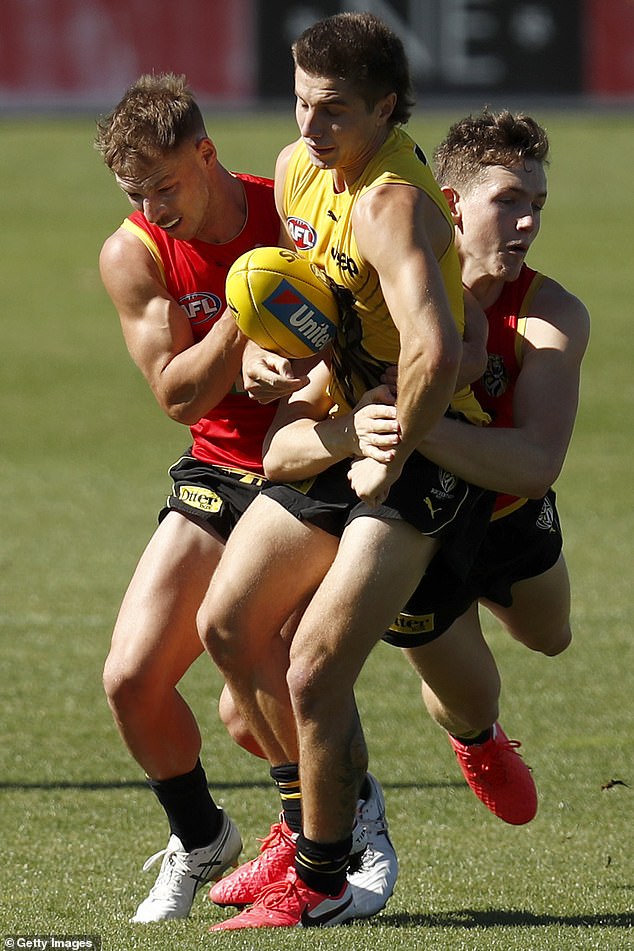 Richmond confirmed the club was also investigating the incident.

Osborne Rooftop & Bar declined to comment on the incident when contacted by Daily Mail Australia.

Born and raised in Western Australia, Baker has played 42 games and booted 10 goals for the Tigers since his 2018 AFL debut, including back-to-back premiership victories with the Tigers in 2019 and 2020.

The club has been beset by off-field dramas since their grand final win in October followed an AFL season disrupted by coronavirus.

Recent scandals include the shock marriage split of Tigers coach Damien Hardwick, who has moved on with a club employee. 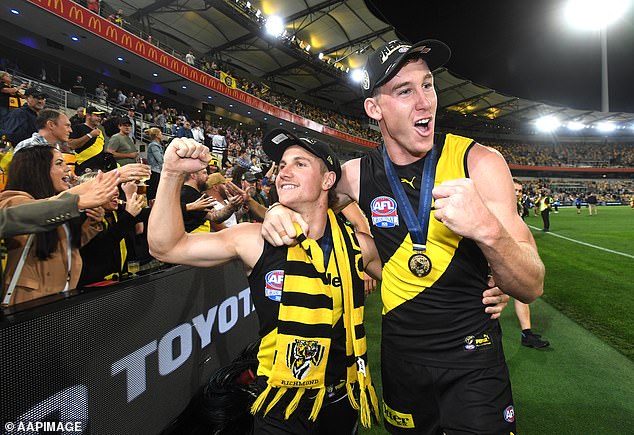 Liam Baker (left) has played in the Tigers’ last two grand final wins in 2019 and 2020. He’s pictured celebrating with teammate Tom Lynch after the 2020 grand final in October

Stack appeared in Perth Magistrates Court earlier this month, where he pleaded guilty to one count of failing to comply with a direction.

He was granted bail to be sentenced on March 25.

The 20-year-old was charged after being busted partying in Perth during his compulsory self-isolation period in December, having entered WA from Victoria on a flight that stopped over in South Australia.

The Tigers were fined $100,000 over the protocol breach while both players were slapped with 10-match bans. 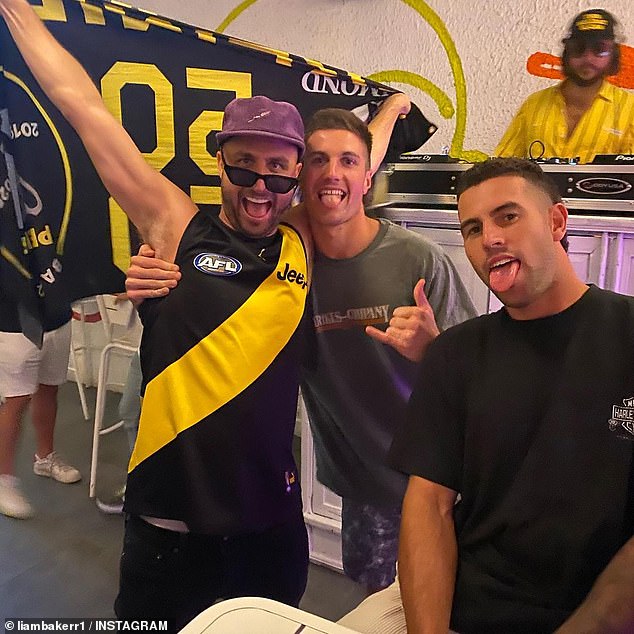