A driver has been filmed lashing out after she was asked to not park her car in the middle of the road.

The woman had stopped her blue Elantra Sedan on a Queensland road on Saturday.

A passing driver then slowed down to ask the woman to move her car, before pulling out his phone and filming the escalating interaction.

‘Just for the record, I have a witness here who just said she’s a witness,’ the woman said after getting out of her vehicle to speak with the passing driver. ‘Go away, you are aggressive.’ 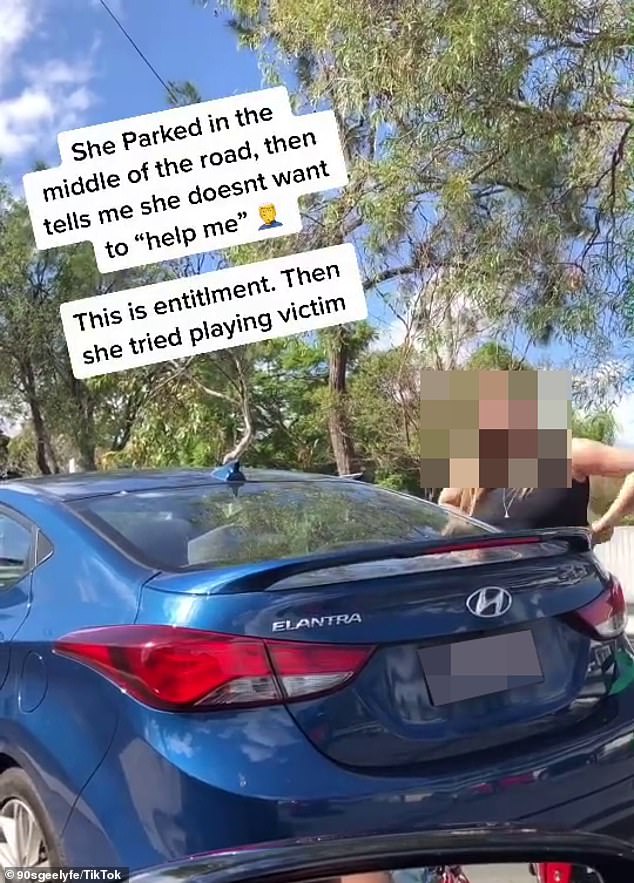 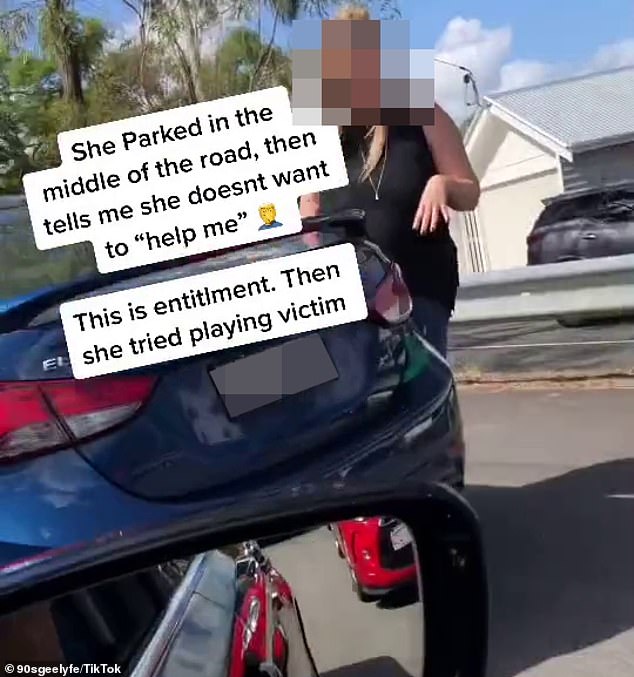 The driver remains in his car and responds to the woman: ‘Yeah, can you move out of the way?’

The woman repeats she has a ‘witness’ before the driver says: ‘For what? What do you have a witness for?’

The woman then tells the driver: ‘You could have come and asked me nicely.’

‘What do you mean nicely?’ The driver says.

‘You can’t park here. You can’t block the traffic.’

The woman continues to tell the driver he should ask her nicely to move.

She then says: ‘You don’t make me want to help you.’

The video of the argument was uploaded to TikTok where it has been viewed more than two million times.

Social media users were quick to weigh in on the video. 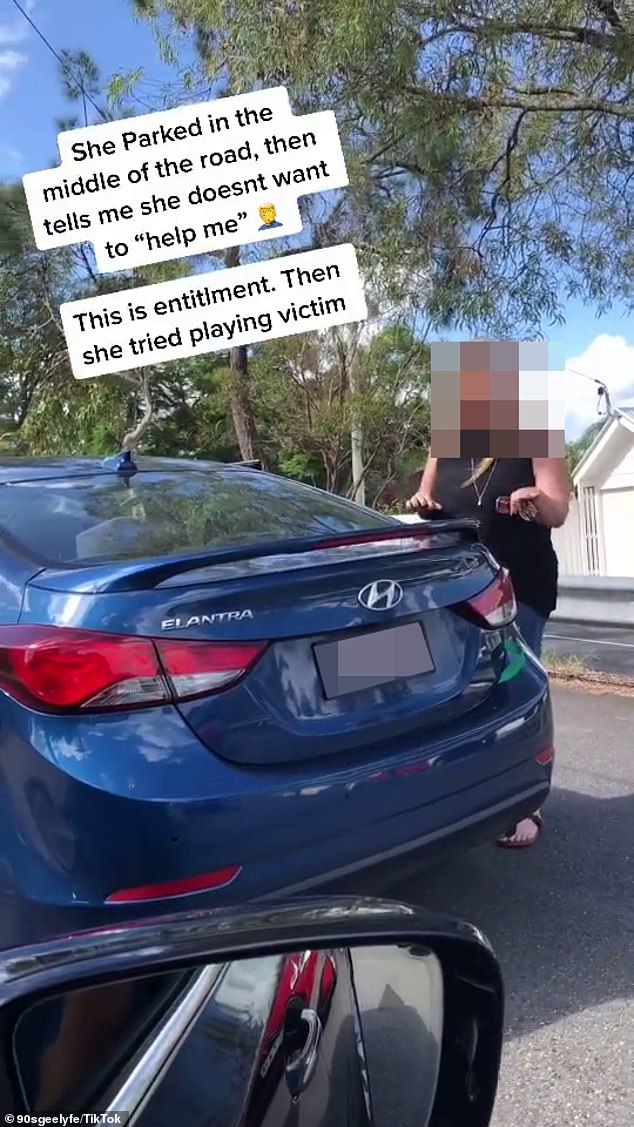 The driver remains in his car and responds to the woman: ‘Yeah, can you move out of the way’

‘She literally yells at him and then tells HIM to stop being aggressive when he raises his voice too,’ one person commented.

Another person said: ‘Sorry mate, but us white folk don’t accept her, she belongs to the Karen race. She even has the look and haircut about it.’

Other social media users suggested the driver could have been more calm.

‘She obviously had a reason to be parked there whether right or wrong still pays to be nice to people.’