Desperate search for female snorkeler, 20, who went missing off a popular beach

Fears are held for a missing 20-year-old female snorkeler who disappeared while swimming with friends on Saturday morning.

The woman vanished from the Altona Beach pier on the western shore of Melbourne’s Port Phillip Bay before her brothers raised the alarm.

The search for the woman is now considered a recovery mission after local and water police were unable to find her after three days of searching. 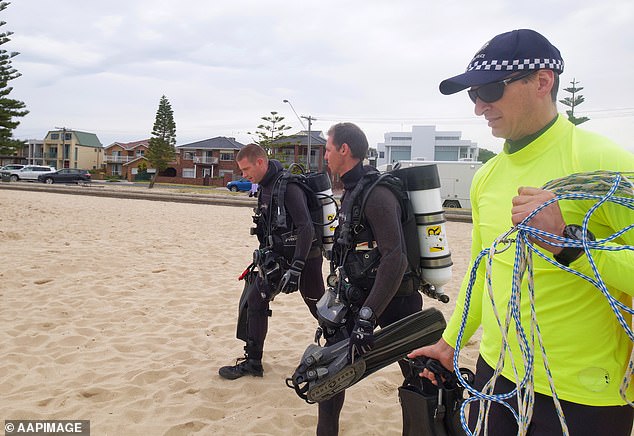 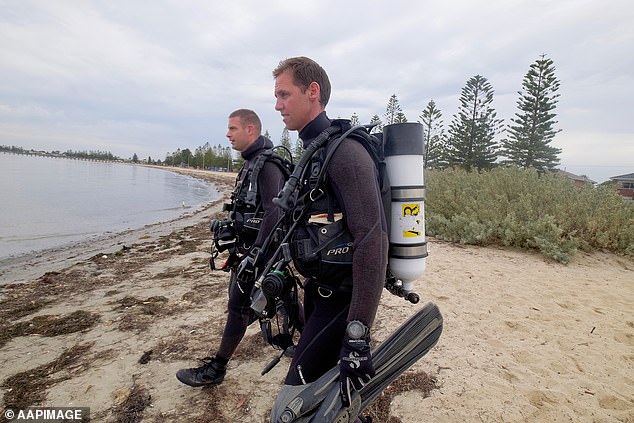 The 20-year-old woman was 100 metres from the shore and 400m outside of the flagged zone, with locals shocked by the disappearance during such calm conditions (police divers pictured)

The woman’s brothers alerted authorities when she failed to resurface from the water, with locals describing Altona beach as relatively safe.

The woman, who lives in Ashwood in Melbourne’s sout-east, was wearing a weight belt while she snorkeled, which counteracts the buoyancy of the wetsuit and allows the diver to enjoy a more controlled swim.

Devastated family members watched from the shore as police authorities combed the area.

The police stopped their search just before midnight on Saturday, and continued at 7.30am on Sunday.

‘It is understood the woman was last seen about 100 metres out from shore and approximately 400 metres outside of the flagged zone,’ Mr Treloar said. 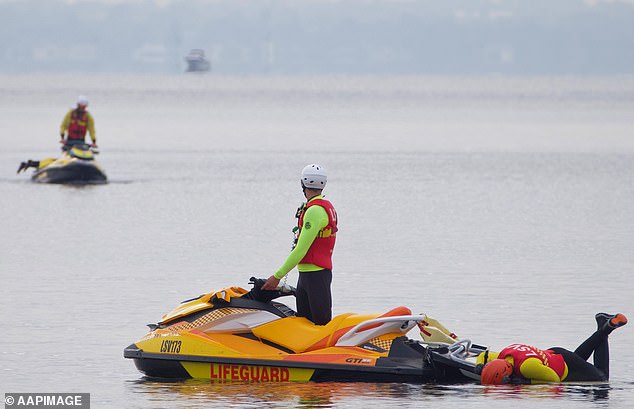 ‘Our thoughts are with the family and friends of the missing woman during what is no doubt an extremely distressing time.’

Altona Beach is the most popular beach in Melbourne’s western suburbs, known for its calm, clear waters. Locals and tourists visit to swim, fish, snorkel and kite surf.

The recovery mission for the missing snorkeler comes as Victoria marks its most devastating six-month period on record, with forty-two people drowned in Melbourne waters since July last year, with 7 in the past month. 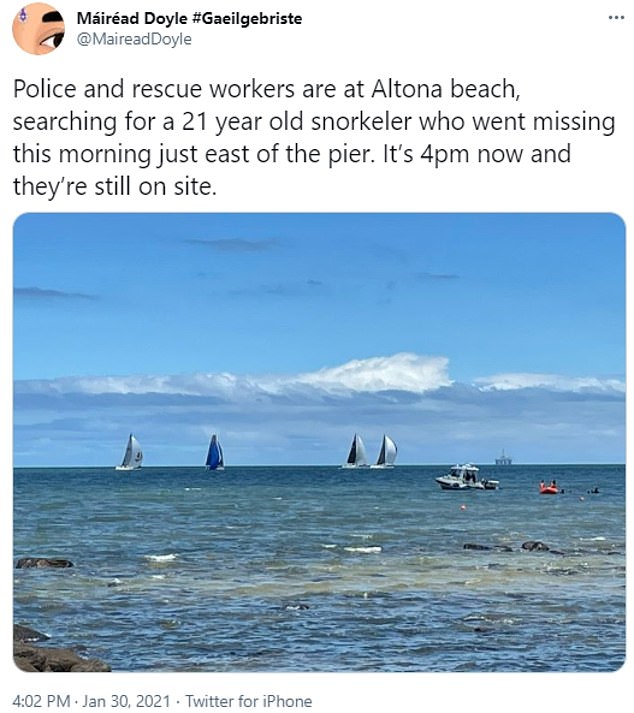 While many described the popular beach as calm, a wind change can cause surf conditions to change quickly, with Melbourne reporting their deadliest drowning period on record

This toll is 15 more than the 5 year average, with Life Saving Victoria urging tourists and locals alike to take notice of safety signs at dangerous waterways.

Mr Treloar urged the public to check the weather conditions before they headed to beaches or waterways, and to only swim at patrolled locations, at patrolled times, and between the flags.

‘For divers and snorkelers, make sure you’re always heading out with a mate and staying with your mate in the water. Don’t head out if you’re feeling unwell, and always dive within your limits,’ he said.

‘We want people to be able to enjoy Victoria’s beautiful waterways, but you need to do it safely for your own sake and for your family’s sake’.