The hunt for ‘beige gold’: Surge in home deliveries has led to a shortage of cardboard

By Sean Poulter for the Daily Mail

A surge in home deliveries for wine and other goods has led to a shortage of cardboard – or ‘beige gold’ as recycling experts now call it.

An extra 200million items were sent to homes in the run-up to Christmas, creating unprecedented demand.

At the same time, recycling plants have been hit by Covid cases and social distancing rules.

Cardboard has risen five or six times in value in the past year, according to Recycling Association boss Simon Ellin.

Wine deliveries have been particularly affected by the shortage after a rise in demand following the closure of pubs and restaurants. 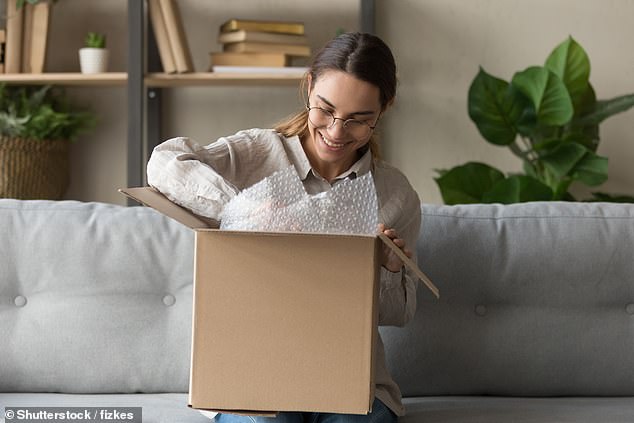 Cardboard, which can be sold to recycling firms, is even being targeted by criminal gangs when left outside homes and businesses.

Mr Ellin said: ‘About 85 per cent of cardboard is made from recycled materials, but collecting this through lockdown has been a real problem.

‘European mills and some UK mills are getting worried about where the raw materials will come from.’

Mark Hall, of recycling firm BusinessWaste.co.uk, said: ‘Cardboard is in many ways the new scrap metal or beige gold. There have been cases of cardboard theft in the UK.

‘I did hear about someone posing as a waste company and they took thousands of tons off someone, sold it and disappeared.’

DS Smith, the UK’s biggest cardboard box maker, said it took two weeks longer for a box to be recycled after being delivered to a home, rather than a shop or business, because it was in wheelie bins awaiting collection.

The Confederation of Paper Industries (CPI), which represents manufacturers, said demand for cardboard boxes from online retailers was five years ahead of where it had expected to be before the pandemic.

The Oxford and Cambridge Club, a private members’ club in London, said it could not deliver wine on time because of an ‘unexpected’ shortage of cardboard. Wanderlust Wine in London had to buy unbranded boxes ‘to get us through’. 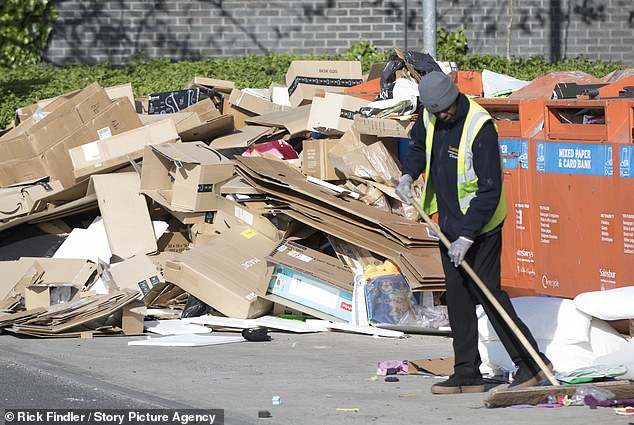 Recycling plants have been hit by Covid cases and social distancing rules. An extra 200million items were sent to homes in the run-up to Christmas

The owner of Alpine Wines, in Idle, West Yorkshire, Joelle Nebbe-Mornod (correct), said: ‘My supplier told me they have had a lot of big guys order more than normal, so that’s cascading down.

‘It’s big e-commerce retailers, probably all panic buying. The cardboard that used to take us two weeks to receive is taking four or five and we are also using a back-up supplier.’

A director of one cardboard supplier, which supplies a wide range of retailers from cycle firms to wine retailers, told The Sunday Times: ‘We have heard from dozens and dozens of companies, many of whom have been left high and dry with supply prioritised to large volume users.’

Supermarkets have not been immune. A rise in egg sales during lockdown has led to a shortage of cardboard pulp for the boxes.

Chains including Tesco, Sainsbury’s, Asda and the Co-op have temporarily replaced some cardboard packaging with plastic boxes.