An arsonist is still on the run after setting himself alight while allegedly firebombing an upmarket brothel before driving off in a car.

Emergency services were called at about 4.30am on November 10, 2020, as The Silks on Upton brothel on the Gold Coast was engulfed in flames.

Shocking CCTV footage released by Queensland police shows a man lighting a flammable liquid and then appearing to catch on fire. 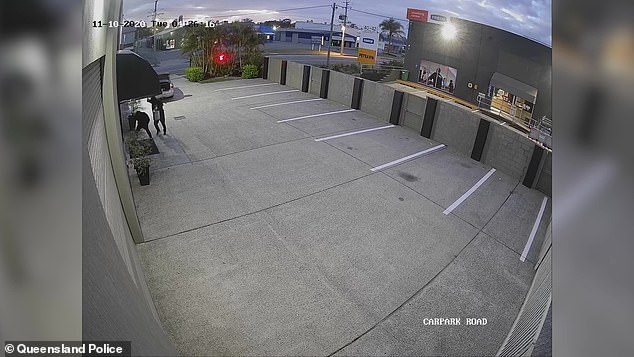 An arsonist has set themselves on fire while allegedly firebombing an upmarket brothel, astonishing new CCTV footage released by police showed. Pictured: The two people pouring liquid onto the entrance of the building 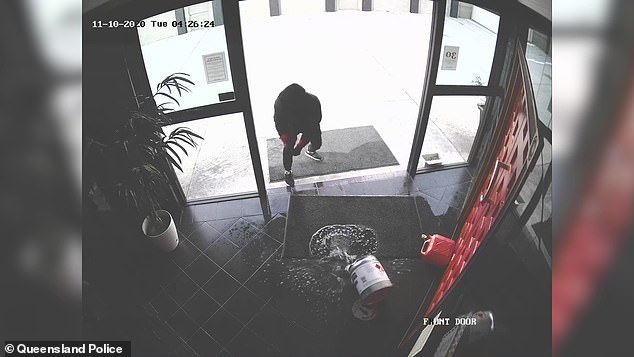 Emergency services were called at around 4.30am on November 10, 2020, as the The Silks on Upton brothel on the Gold Coast was ‘engulfed in flames’. Pictured: One of the arsonists about to light the flammable liquid 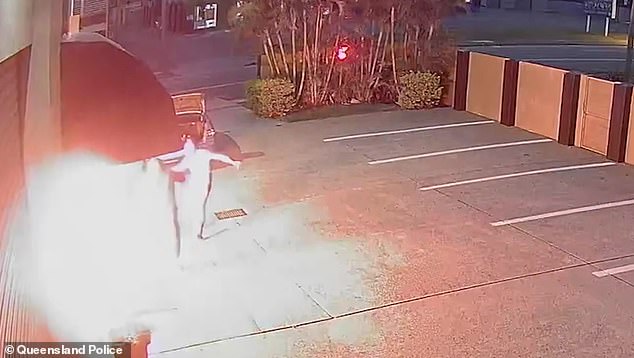 One of the men appears to catch on fire, before the pair get into the the vehicle and drive off (pictured)

The video shows a silver Honda sedan pull up in the carpark of the bordello and two people in hoodies run out.

They appeared to pour a flammable liquid at the entrance to the building and then set it alight.

One of the men is caught on camera on fire, before the pair get into their vehicle and drive off, leaving the building to go up in flames.

The car the two people used has not been found, police said.

Queensland police are not ruling out that the alleged attack could have been perpetrated or carried out on behalf of a competing business, the Courier Mail reported. 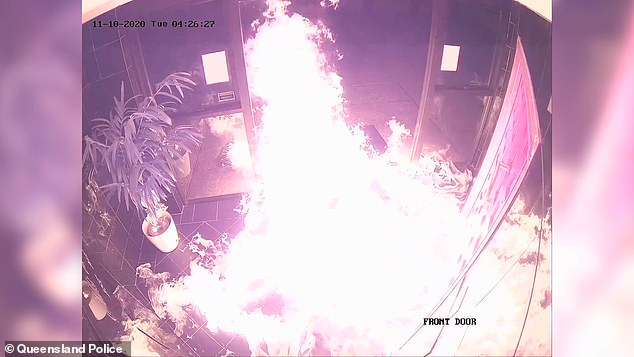 Queensland police are not ruling out that the alleged attack could have been perpetrated or carried out on behalf of a competing business. Pictured: The classy brothel went up in flames in the early hours of the morning