While NFL offensive lines can open up big holes that anyone can run through, it takes a certain kind of player to be able to do so when the holes are not that big. While running backs may end up being overlooked in 2021, there are still plenty of great ones out there.

Who is the best? Here are the top 32 running backs going into the NFL season. PFF was used in creating these rankings.

Derrick Henry burst onto the scene in 2018 when he earned his first 1000-yard season. Since then, he has only gotten better. In 2020, Henry ran for more than 2000 yards, made 17 touchdowns, and had a 5.4 yards-per-carry average. Running backs tend to have short lifespans when taking the number of hits that Henry does, but right now, he is the best back in the NFL.

Over the last few seasons, Christian McCaffery has been the entire offense of the Carolina Panthers. He can run the ball and catch the ball as well as any running back or wide receiver in the NFL. While he did suffer an injury in 2020, he will be back to 100 percent in 2021. He’ll likely return to his 2019 ways, when he ran for 1387 yards and 15 rushing touchdowns.

Alvin Kamara can do it all. He can run between tackles or catch the ball on a screen and score a touchdown. He is coming off his best season, rushing for 932 yards and 16 touchdowns. Put simply, the stats do not give him enough credit. It is hard to believe he slipped to the third round of the NFL Draft. 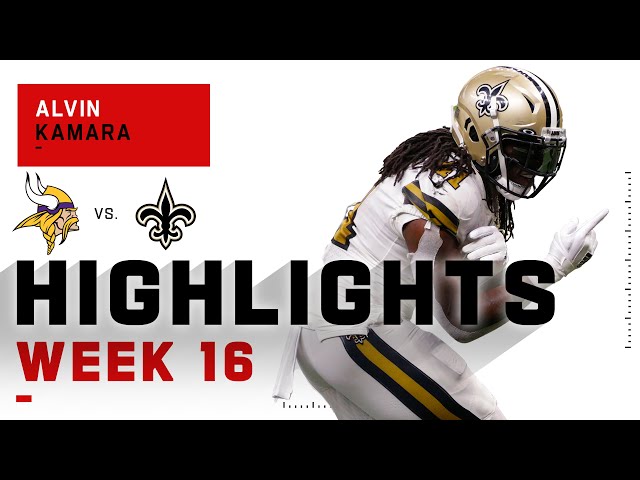 If Christian McCaffery was the Panthers’ offense, Saquon Barkley was Daniel Jones’ offense. He missed most of 2020 with an injury, but in his first two seasons, Barkley exploded for over 1000 yards in both seasons and scored a combined 17 touchdowns.

The Las Vegas Raiders finally have a new home-grown weapon. Josh Jacobs has earned at least 1000 yards in each of his two seasons. He’s scored 19 rushing touchdowns in those seasons. Coming into 2021, Jacobs is healthy and ready to lead a playoff push.

Ezekiel Elliot has simmered a bit since he exploded onto the scene in 2016 with Dak Prescott. In his career, Elliot has earned at least 950 yards each season and six rushing touchdowns. When it comes to NFL running backs, it does not get much more consistent than Ezekiel Elliot.

Dalvin Cook would have a had shot at being in the top three running backs but he has had injuries dog him too much. That said, he still earned 1500 yards and 16 touchdowns in 2020. If he can stay fully healthy in 2021 and put up similar numbers, he could prove that his injuries are fully behind him. If this happens, Cook could easily be in the “top three” discussion for 2022.

Joe Mixon may be on a team that has been near the bottom of the power rankings each season for the last handful of years, but do not let that mislead you. Joe Mixon was injured in 2020 but in 2019, he put up good numbers. In 2019, Mixon rushed for more than 1000 yards and scored five touchdowns.

Aaron Rodgers’ cries for help have reverberated around the NFL. However, Rodgers has not asked for more help at the running back position. He has rushed for over 1000 yards in each of his last two seasons. He has earned 25 touchdowns in that same two-year span.

Baker Mayfield has been given a lot of credit for pulling the Browns up with their bootstraps from the depths of NFL poverty. However, Nick Chubb also deserves a slice of credit for the team’s NFL upturn. Since entering the NFL in 2018, Chubb has earned around 1000 yards each season. His best NFL season came in 2019 when he rushed for 1494 yards and made eight touchdowns.