According to Italian outlet la Repubblica (via SportsMole), European giants Real Madrid, Barcelona and Juventus could face a Champions League ban as early as this week following their involvement in the European Super League.

Real Madrid, Juventus and Barcelona are the only three clubs who are still part of the breakaway European Super League. The big six in the Premier League, along with Inter Milan, AC Milan and Atletico Madrid, have all pulled out of the ESL following backlash from media and fans alike.

Both FIFA and UEFA opened up a joint disciplinary committee last week to look into Real Madrid and the two other clubs since all three of them are still unwilling to leave the ESL. If found guilty, the aforementioned clubs could face financial as well as participation implications by the sport’s governing bodies.

🗣️ “We are not afraid of those things”

UEFA president Aleksander Ceferin hits out at the three clubs who are refusing to back down over European Super League talks pic.twitter.com/ZWsnqDHJLz

UEFA Executive Committee member Javier Tebas has warned Real Madrid, Juventus and Barcelona to be scared of FIFA’s final verdict amidst the clubs’ continuous support of the European Super League.

However, Real Madrid, Barcelona and Juventus aren’t the only clubs who are facing charges. The 9 teams who withdrew from the competition were also ordered to pay a combined fine of £12.9 million to FIFA. The fines received from these clubs will be utilized to improve grassroot-level football in Europe. 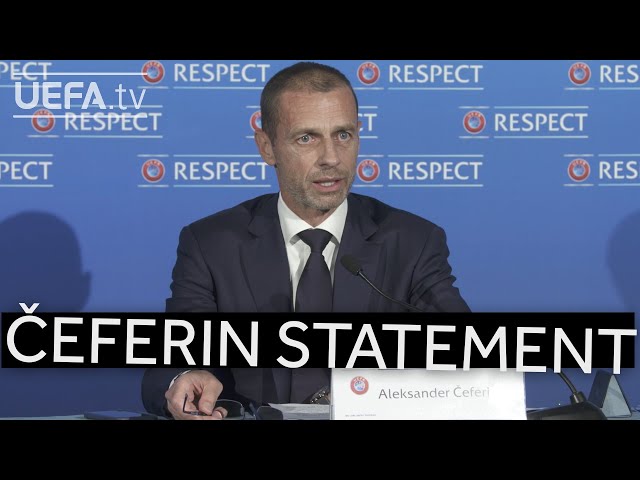 However, these three clubs are still adamant in their willingness to participate in the breakaway European Super League. Real Madrid president Florentino Perez has been a huge advocate for ESL. The Spaniard is the first chairman of the tournament, meaning he is not ready to give up on the idea too quickly.

Even Real Madrid’s rivals Barcelona are not ready to walk away from the European Super League. According to the aforementioned source, Barcelona president Joan Laporta has made it quite clear that if UEFA or FIFA decide to punish them for their participation in the European Super League, the club would not hesitate in taking matters to the Court of Arbitration for Sport (CAS).