Rose Namajunas is one of the most popular female fighters in the UFC right now. After reclaiming her strawweight title at UFC 261 by knocking out Zhang Weili, Namajunas’ stock has soared higher in the promotion. In defeating her Chinese opponent, she also became the first fighter in the UFC women’s division to lose a championship belt before eventually regaining it.

The No. 3 women’s pound-for-pound fighter will most likely challenge Weili in a rematch next. However, a confident Carla Esparza is also looking forward to having a crack at the strawweight championship.

Ahead of her imminent third title defense, we take a look at three things that every Rose Namajunas fan should know.

#3 Rose Namajunas got her nickname from her Jamaican neighbor 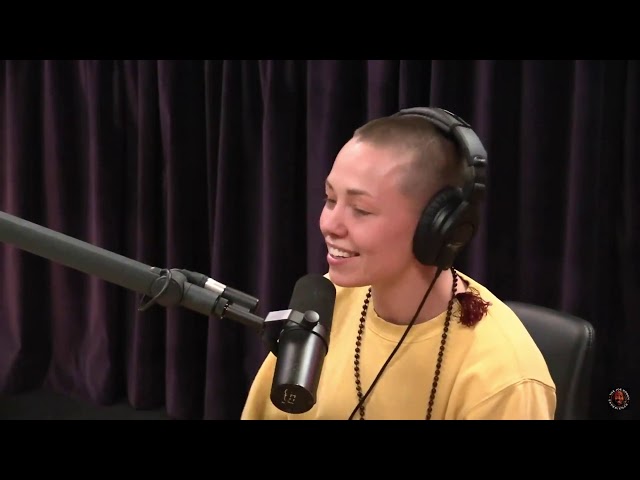 Much like most of the MMA community, UFC commentator Joe Rogan also wondered why Rose Namajunas goes by the moniker ‘Thug’. According to the strawweight champion herself, she was given that nickname by one of her Jamaican neighbors because of her no-nonsense attitude.

During Namajunas’ appearance on The Joe Rogan Experience podcast, she said:

“Well, so you know my ice-cold stare when I was staring on Joanna? I developed that long ago, you know, because I was never a witty person. I never had a good comeback for anything, so I just had to beat people’s a**, like those making fun of me.”

While Namajunas may not carry a thug-like nature outside the octagon, she lives up to her nickname every time she is inside one. With an impressive UFC resume at the age of 28, ‘Thug’ could very well be on the cusp of greatness in the coming years.

Rose Namajunas is engaged to former UFC heavyweight Pat Barry. The two met each other for the first time at the Roufusport gym in Milwaukee when Namajunas was 14-years-old. At the time, Barry had not begun his MMA journey and was still a kickboxer.

In their first meeting, Namajunas reportedly jokingly punched Barry in the face. The former UFC heavyweight then introduced Namajunas to Trevor Wittman, who took her under his wings and embellished her MMA skill set.

Years later, sparks began to flow between Namajunas and Barry. ‘HD’ can frequently be seen cornering his fiancee during her fights.

Joanna Jedrzejczyk was one of the most fearsome fighters during her prime in the strawweight division. She had amassed a 14-0 professional MMA record with five successful title defenses in the UFC.

At UFC 217, Namajunas shocked the world as she became the first fighter to outclass Jedrzejczyk in an MMA fight. The duo collided in a rematch in April 2018, where Namajunas once again got the better of the Polish fighter.