Leon Edwards believes he lost to Kamaru Usman because of his defensive wrestling style.

Ahead of the fight, Edwards joined the American Kickboxing Academy (AKA) gym to embellish his wrestling skills. After sparring with the likes of Khabib Nurmagomedov and Islam Makhachev, ‘Rocky’ realized that his training regime was more inclined towards a defensive style of wrestling, which didn’t come in handy opposite Usman.

In an interview with MMA On Point, Leon Edwards looked back on his loss to Kamaru Usman. He said:

“Leading up to that fight, the talk was in the U.K ‘you have to go to America to learn your wrestling’. So I went to America, I went to AKA and that camp was more focused on defending wrestling. I wasn’t thinking what I needed to do. It’s more about don’t get taken down and I think that’s what played a big part.”

“I went in there with a defensive mind state. I wasn’t thinking about what I needed to do, it’s more about what he’s going to do. That’s not a good way to be entering a fight. You want to go in there thinking ‘I know exactly what I’m going to do to win this fight.” 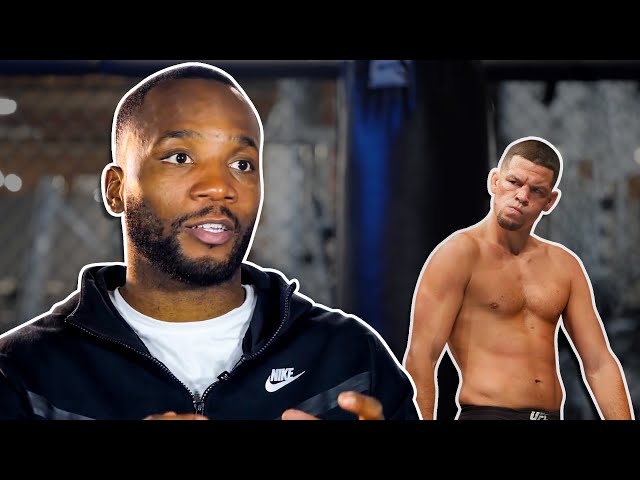 Leon Edwards then decided to leave AKA and join Team Renegade BJJ & MMA, where he is currently training for his UFC 263 fight against Nate Diaz.

Leon Edwards wants to compete for the title after UFC 263

Leon Edwards is undefeated in his last ten fights in the UFC. Following his loss to Usman, the Englishman amassed an impressive winning streak and established himself as a legitimate title contender. Still, according to Dana White, Usman’s next title defense will be against Colby Covington.

Leon Edwards later said he had done enough to stake a claim to the welterweight championship, and a win at UFC 263 should guarantee him a title shot. He added that the UFC’s decision to let Covington fight Usman was a “kick in the face” for him.

Please spend 30 seconds to answer this survey so that we can better understand how to serve your MMA needs.