Genshin Impact has a wide variety of weapons to choose from, and picking the best one for a character may boost their damage significantly. Klee is a 5-star Pyro catalyst user, which gives her a lot of options when it comes to her weapon choice, but some choices far surpass the alternatives. Players should make sure to outfit their Klee with the best possible weapon, as she can be an absolute powerhouse in the right hands. Klee is still one of the strongest characters in Genshin Impact, and players can learn the top 5 weapons for Klee here.

Klee is Mondstadt’s Spark Knight and is an explosive Pyro 5-star character. She deals tons of damage with her unique Normal attacks that deal both Pyro damage and hit as hard as a claymore. Players will need to choose a weapon that serves to boost Klee’s already powerful Pyro damage to the maximum if they want to pick the best weapon for Klee.

The Mappa Mare, a craftable 4-star weapon, is a decent choice for Klee, as its passive will give players a small Elemental DMG boost for 10 seconds after triggering an Elemental Reaction. This weapon is best for Klee when she is in a team alongside characters like Xingqiu and Fischl, as they can provide her with constant Elemental reactions which help keep the DMG bonus up. Still, this is one of the weaker weapons for Klee, but it can be helpful to a F2P player.

The Solar Pearl is a very powerful weapon and is only low on this list due to its price, as it requires players to purchase the Battle Pass. However, it has a very powerful Crit Rate substat, and a passive that almost completely benefits Klee, although it doesn’t boost Charged Attack damage. Still, if Genshin Impact players have the Battle Pass, they should definitely consider this weapon for Klee.

The Widsith is an incredibly powerful Genshin Impact weapon, boasting a huge Crit DMG substat and insane passives. The issue with this weapon lies in the fact that it requires players to get lucky with the bonus. The cooldown on the buffs also lasts a very long time. Players may get lucky and get the Aria bonus, which can turn their Klee into an absolute powerhouse, but they may also get the Elemental Mastery increasing Interlude. Still, this is a great weapon for Klee.

This weapon is yet to be released, but as Klee’s signature weapon it will definitely bring some extra power to the Spark Knight. Genshin Impact 1.6 will bring this weapon to players for free, and at max refinements they will be able to gain a 32% boost to Charged Attack damage. This is a huge boost to Klee’s damage, and while the ATK% substat may be a hindrance, the flat damage boost will absolutely make this a great weapon for Klee.

1) Lost Prayer to the Sacred Winds

This weapon takes the first place spot by a wide margin. The Lost Prayer to the Sacred Winds is head and shoulders above any other catalyst in the game, as the Elemental DMG Bonus it gives combined with the insane Crit Rate it provides makes it the perfect weapon for almost any catalyst user. Klee greatly benefits from this weapon in all aspects, and any player who is lucky enough to have this powerful catalyst should absolutely use it on Klee. 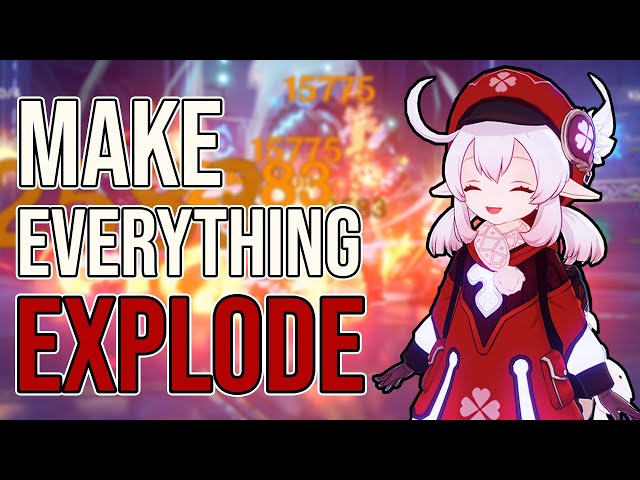 These weapons are all great choices for Klee, and players will be able to wish for the powerful 5-star DPS once again on June 9th.

Note: This list is not in any particular order or ranking and reflects the writer’s personal views.