Booker T has opined that AEW star Andrade could be a “future great” in the pro wrestling business. Andrade debuted on last week’s AEW Dynamite, almost three months after being released by WWE.

Andrade had asked for his release from WWE earlier this year. WWE refused at first, but then allowed the former NXT Champion to leave the company.

Andrade had a six-year spell with WWE, winning the NXT Championship and the United States Championship.

Two-time WWE Hall of Famer Booker T has predicted that Andrade could go on to have a Hall of Fame career and become one of the greats of the pro wrestling business. The WWE legend made this prediction on his Hall of Fame podcast.

“He is a Hall of Fame talent. He is a future great in this business just by watching, you know, the history of what I’ve seen as far as work goes. I’m not saying anything else. As far as what I’ve seen, as far as this kid’s work go, Andrade has the potential to go down as one of the greats of all-time to ever put on a pair of boots, if he does it right. And that right there, getting creative control in AEW, that’s the first steps,” said Booker T. 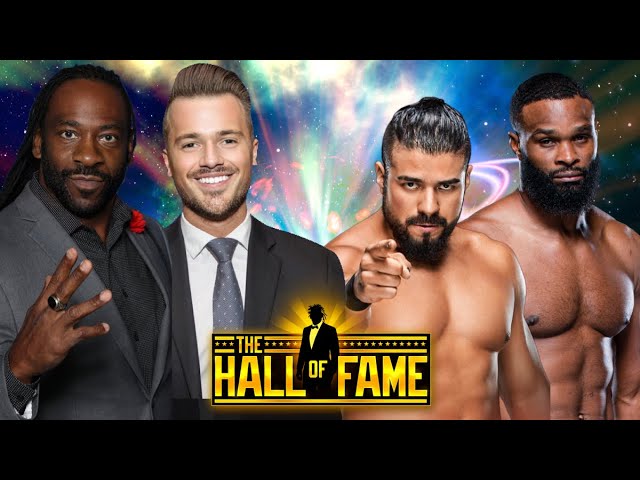 Booker T believes Andrade is setting himself up well for the future in the pro wrestling business by asking for creative control in AEW.

However, a recent report by WrestlingInc has revealed that Andrade wasn’t given creative control in AEW.

AEW has added some big names to their roster in 2021, some of them having moved from WWE.

Apart from Andrade, who was released by WWE in March and signed with AEW in June, AEW has also signed WWE Hall of Famer Mark Henry and Paul Wight, FKA the Big Show, in 2021.

Christian Cage, formerly known as Christian in WWE, also signed with AEW this year. He returned to the ring at the Royal Rumble pay-per-view after a seven-year absence.

What do you make of Booker T’s comments on Andrade? Do you think Andrade is a ‘Hall of Fame talent’? Let us know in the comment section below!