As Deiveson Figueiredo and Brandon Moreno’s much-anticipated rematch draws closer, the animosity between the two men is becoming more intense. The pair fought to a competitive draw in December 2020 and initially appeared to have little more than some competitive rivalry.

Since then, however, Figueiredo has taken issue with Moreno’s conduct in his recent interviews. This is due to Moreno questioning the validity of Figueiredo’s claims that he was not fully fit going into their first fight.

Figueiredo recently featured in the second episode of the UFC 263 Embedded Vlog Series. He can initially be seen speaking to the camera team, stating that:

“Brandon Moreno knows I wasn’t one hundred percent in our last match. I do not like to criticize anyone, so I’ll just say that on June 12th he’ll get what he deserves.”

Figueiredo’s manager and translator, Wallid Ismail, soon begins revealing how the flyweight champion truly feels about his upcoming opponent. He stated that:

Any mutual respect that was once between the two men now appears to be completely gone. Figueiredo ended his segment of the episode by upping the ante and claiming that if Brandon Moreno does not have security around him when they next meet, violence will likely ensue.

“Man, if he was here now we would be fighting already. I don’t want to be next to him. When we meet again I hope there will be security around us, otherwise it’ll be fire.” 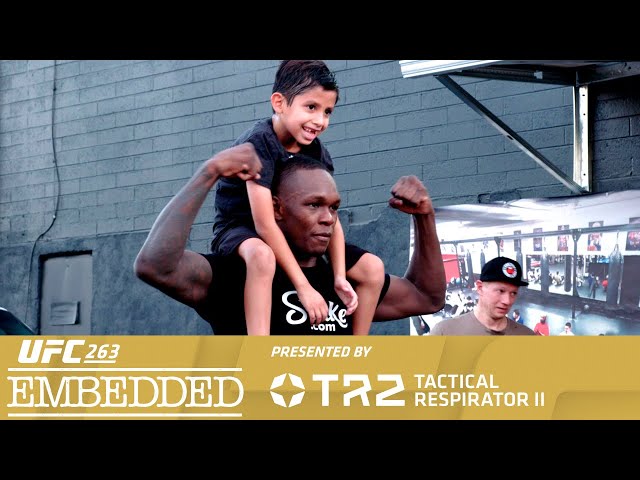 Figueiredo and Moreno’s bout consisted of five rounds of pure violence, with both men having moments of success. However, Figueiredo would have won the fight via decision had he not illegally fouled Moreno multiple times, which eventually led to a point deduction.

The rematch is set to serve as the co-main event for UFC 263 which takes place this weekend. The card’s main event is another rematch, as middleweight champion Israel Adesanya takes on Marvin Vettori.