Despite his otherworldly persona, Israel Adesanya is still a normal human being. In an interview with Oscar Willis for The MacLife, ‘The Last Stylebender’ revealed that he was a drummer as a kid in high school.

Virtually blowing the minds of most of his fans, Adesanya talked about how he used to play music by popular rock bands like Disturbed and System of a Down. Evidently, he has given up on this hobby for quite a while now but he promised to pick it back up again. Kasabian and Kiss songs are something you will likely hear when you pass the champion’s house (which is currently not yet built) on a Sunday.

Additionally, he revealed that he used to riff with his classmates in music class. When Willis asked Adesanya about a fact about him that would surprise people, he replied:

“A fact about me that would surprise people? I used to drum in high school, and I’m looking to get back into it once I build my house, so I can bang my drums and not disturb anyone within the f***** mile radius, ’cause it will be a big property.”

It was one out of 20 random questions Willis asked Israel Adesanya.

Meeting up with Israel Adesanya (@stylebender) to ask him 20 random questions out of my brain is always fun for me. Here’s some about Dan Hooker, Clovidyia and an ex-gf.

The middleweight champion is defending his title against Marvin Vettori on Saturday and is one of three African fighters to hold a belt in the UFC. Welterweight champion Kamaru Usman and UFC heavyweight champion Francis Ngannou are the other two.

When Willis asked him about the African revolution and if it had started, Israel Adesanya said:

“It’s happening, I said this a while ago, find the clip. Find the interview. I said, like 50 Cent when he dropped In Da Club, and then he shut down the rap game for like six to eight years. I told you guys, once Africans get a taste of MMA they’re gonna realise like, ‘Shit, I can be great at this, not just football.’ It’s gonna be a wrap.” 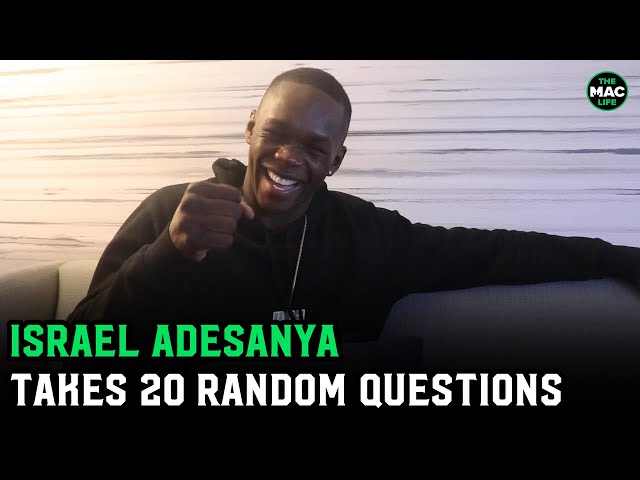