In Minecraft 1.17 Caves & Cliffs, axolotls appear to be gaining popularity in terms of mobs. They’re small, cute and actually have quite a few advantages to the player, as long as the player does not hurt the mob.

Lots of players might be wondering what they can do with axolotls. Do they have a purpose or are they just there for the aesthetic?

Listed below are a couple of things that players can gain from keeping axolotls around in their Minecraft world!

Read: “Joining the Dream SMP is a day I will remember forever”: Minecraft streamer Hannahxxrose on her journey as a content creator 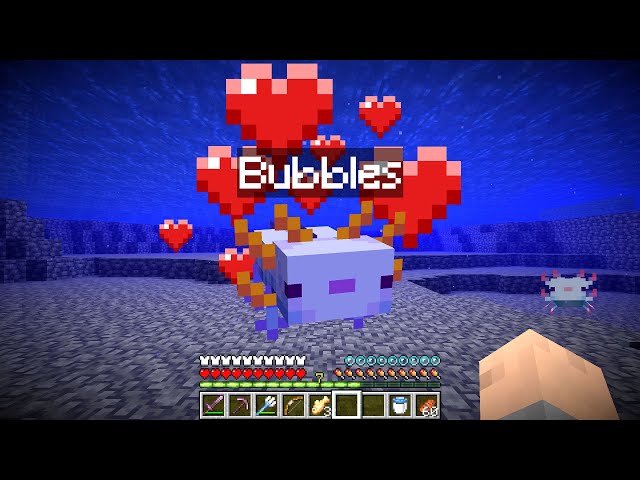 A lot of players do like axolotls solely because of how they look, especially because they come in multiple different colors.

Players can collect axolotls easily by grabbing them with empty buckets and relocating them. Having them in a pond near players’ Minecraft homes can be aesthetically pleasing, and it can also provide a few added benefits.

Collecting axolotls will allow the players to breed the mob in order to get baby axolotls. They can also attempt to spawn a rare blue axolotl. So, while some will want axolotls for their looks, others might collect them to try their luck in spawning a rare axolotl.

When axolotls are in large bodies of water in Minecraft (which players can relocate them between, especially if they are wanted closer to the players base), they provide a lot of benefits that may go unseen.

Axolotls are aggressive towards most underwater mobs, besides dolphins and turtles. While this can be annoying when trying to create a large underwater ecosystem with axolotls included, it can prove to be beneficial, as axolotls also attack drowned, which are an underwater zombie variant.