With the exciting release of Minecraft 1.17 Caves & Cliffs Part I, Minecraft players are eager to meet the new mobs, especially the cute axolotls.

Axolotls are passive, aquatic mobs that have been added, although they will attack most other underwater mobs. Below is everything you need to know about axolotls: where they spawn, what they look like and how they behave!

Read: How to find glow squids in the Minecraft 1.17 Caves & Cliffs Update 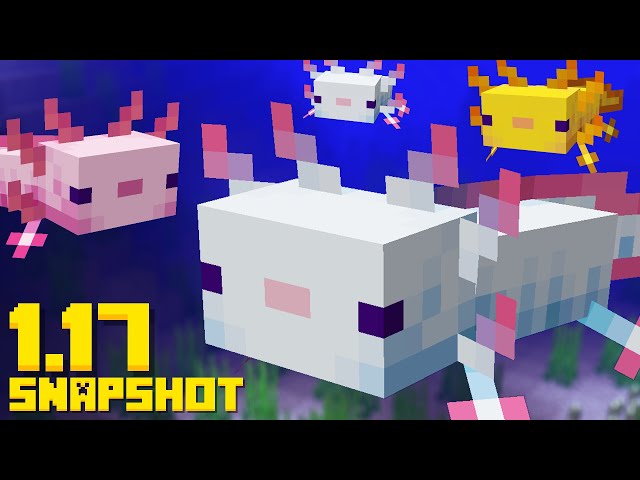 Since Minecraft 1.17 is split into two updates, there are two different spawning areas for axolotls.

In Part I of Minecraft 1.17, axolotls can be found in normal underground waterways, making it somewhat easy to find.

When Part II of Minecraft 1.17 goes live, the axolotls will shift to the new Lush Cave biome. Players can locate one of the lush caves by looking for one of the new Acacia trees and then digging along its roots until you drop into one of the caves.

As mentioned prior, axolotls are mostly passive mobs. They are passive towards the player and can be attached to leads

When an axolotl takes damage underwater, there is a chance of it playing dead, where it will drop to the ground for 10 seconds while gaining Regeneration I. When they drop dead, hostile mobs will ignore them.

When on land, axolotls will move toward the nearest water source because they die outside of water after 5 minutes. Unlike fish, dolphins and squid, axolotls will not die on land during rain or a thunderstorm.

Axolotls can be led and bred with buckets of tropical fish. After breeding, a baby axolotl spawns and will drop 1-7 experience for the player. There is a 5 minute cooldown between breeding time.

Baby axolotls will inherit the color of one parent at random, although there is a 1/1200 chance that it will spawn as the rare blue variant. Babies will follow the adult axolotls and grow to adulthood in 20 minutes, although the growth can be accelerated by using buckets of tropical fish, with each use reducing the remaining growing time by 10%.