Three years ago, the San Francisco 49ers were near the bottom of the NFL. Since then, they’ve made a Super Bowl appearance and are now in the process of transitioning to a new quarterback. Will the San Francisco 49ers make the playoffs this season? In order to get there, they will need to keep a close eye on their roster during training camp. Here is who they will be watching the closest.

Which San Francisco 49ers players are tipped to ascend?

The biggest question for Garoppolo in training camp will be how far ahead of Trey Lance he is. If he is clearly ahead of Lance, he is nearly guaranteed to finish the season as the starter, barring injury. However, if Trey Lance is comparable to Garoppolo as early as training camp, the transition could be swift.

The rookie will be getting his first extended work with the team during training camp. During this time, the San Francisco 49ers will likely be comparing him to Jimmy Garoppolo and setting up an internal timetable for when he should be able to start.

If Trey Lance comes out and immediately impresses the San Francisco 49ers, the 49ers could pull the trigger and push him into the starting role. However, if he comes out sluggish, they have the luxury of putting him behind Jimmy Garoppolo for a season, assuming Garoppolo stays healthy.

Brandon Aiyuk will be the main receiver for the San Francisco 49ers in 2021. He had a great rookie season in which he caught five touchdowns and earned 748 receiving yards on 60 receptions. Will his second season be even better? If he is in for a traditional second-year bump, he could be a top receiver in the NFL. The first indication of this will be in training camp.

George Kittle is coming off of a down year due to an injury that caused him to miss six games. In his first full season back from the injury, the San Francisco 49ers are hoping to see that he is in position to scare opposing defenses once again.

The 49ers have been having the worst luck with injuries over the last few seasons and will be apprehensive about Kittle. The sooner he shows that he is fully 100 percent and in position to earn his third season with over 1000 yards, the better.

Samson Ebukam was signed during the offseason on a two-year contract worth $12 million, according to Spotrac. Samson Ebukam had one of the greatest games as a defensive player in the NFL when the Los Angeles Rams played the Kansas City Chiefs en route to the Rams’ Super Bowl appearance on Monday Night Football. 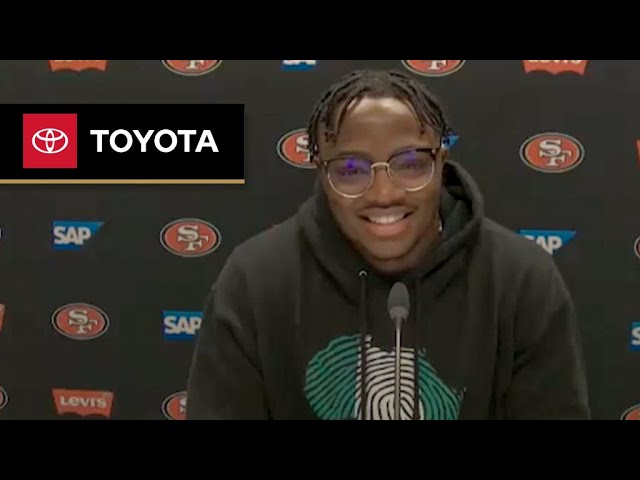 In the game, Samson Ebukam was the first player to record a sack, interception, and multiple touchdowns in recorded history, according to an ESPN report from the game.

However, the rest of his career has been rather quiet, with Ebukam having recorded 4.5 sacks in each of the next two seasons. Training camp will be a first indication to see if he can be the player he was against the Kansas City Chiefs or if he is only a 4.5-sack guy.