Joe Rogan has given his take on the upcoming boxing match between Jake Paul and Tyron Woodley. Rogan assessed how the fight could potentially play out between the two and claimed that Woodley would be Paul’s most dangerous opponent so far.

During a recent edition of The Joe Rogan Experience, Joe Rogan spoke on Tyron Woodley’s style of boxing. While stating that Woodley isn’t known for throwing punches like a boxer, he is certainly capable of throwing big bombs. 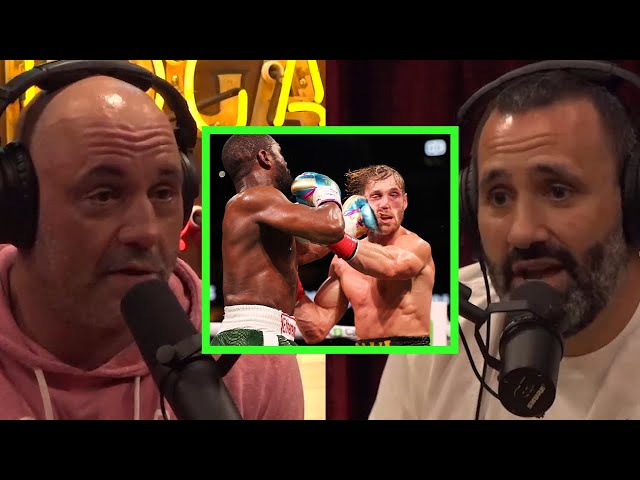 Rogan added that Tyron Woodley is mostly the type of fighter who has used boxing in MMA but also tends to use everything else, starting from takedowns to clinches in the sport of Mixed Martial Arts.

“Oh, he’s gonna fight Tyron Woodley. Well I know he can punch, he can punch really hard but he doesn’t punch like a boxer, he throws big bombs and sets up takedowns. You know, he can crack though, one shot he can f**k anybody up. But the thing is like, he can throw a bomb and then set up a takedown or set up a clinch. He’s not a guy who’s going out there peekaboo style, throwing jabs to the body. That’s not his style, he’s never been a guy who boxed. He’s a guy who uses boxing in MMA but he uses everything.”

Rogan certainly believes that Tyron Woodley will be the most dangerous fighter Jake will step into the ring with. Being a former UFC welterweight champion, Rogan also spoke highly about Woodley’s credentials as one of the top 170-pound fighters of all time.

“We won’t know until they get in there. The thing about it is, he’ll be the most dangerous guy Jake’s fought for sure. Not even close, no one is more dangerous than Tyron.”

BOUTTA FACE OFF WITH TRYTON WOOLIE

Jake Paul and Tyron Woodley will fight in August

Jake Paul and Tyron Woodley will cross paths on August 28th in a huge boxing showdown between the pair. Woodley will be heading into the fight on the back of four straight losses in the UFC. ‘The Chosen One’ will aim to bring an end to Paul’s winning streak.

Meanwhile, ‘The Problem Child’ is on a winning run that includes victories over the likes of Nate Robinson, fellow YouTuber AnEsonGib and former UFC welterweight fighter Ben Askren.