Jared Cannonier lent his support to fellow middleweight Paulo Costa in his battle with UFC for better pay.

Costa recently pulled out of his August 21 fight against Cannonier over payment disagreements with UFC. He was later replaced by No.9 ranked Kelvin Gastelum, who has stepped in for The Eraser for the second time in 2021. Gastelum fought Robert Whittaker in April after Paulo Costa was forced out of the fight due to illness.

During a recent interview with Submission Radio, Jared Cannonier was asked to share his thoughts on Paulo Costa’s decision to stay out of the competition until disagreements with the promotion were settled.

Cannonier stated that he understood the argument and cannot hate the Brazilian for taking a stand. He continued to say that Paulo Costa was battling for something he himself would fight for.

“It’s a common argument right? MMA fighters, in general, don’t get paid as much in comparison with what the organizations or promotions are getting paid. I understand the argument. I can’t hate on him or knock him or chastise him for having his stance, you know. Coz it’s a very bold stance to say I’m not gonna fight unless you guys pay me some more money.”

“I won’t turn down a fatter paycheck either. But it is what it is. It’s his choice, you know. With that being said, he has to be able to deal with the consequences of that,” Jared Cannonier said. “He’s fighting for something that I’d fight for, you know. He’s fighting for me.” 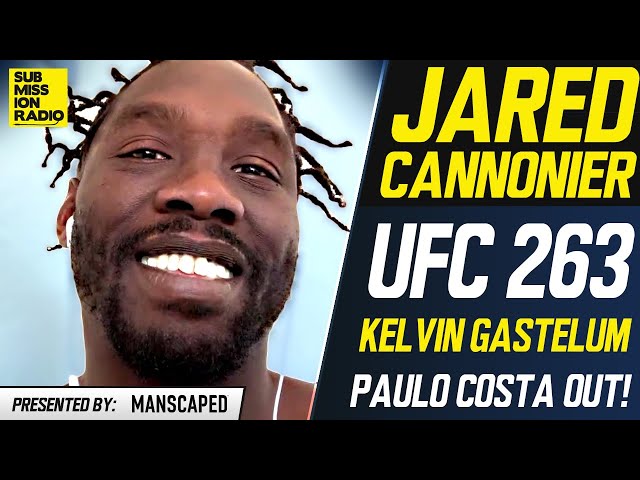 Fighter pay has been the most common point of criticism towards UFC. The organization is accused of paying its fighters significantly less money compared to major sports and even other MMA organizations. According to a New York Post report, UFC spent under 16 percent of its revenue on fighter pay in 2019.

While top-tier fighters like Jon Jones, Jorge Masvidal, and Paulo Costa have raised the issue of fighter pay publicly in recent times, it is the lower and mid-tier UFC athletes that are most affected by the pay discrepancy.

For comparison, the minimum annual salary of an active rookie NFL player is $480,000 as per a CNBC report. UFC Lightweight Sean Soriano earned the guaranteed sum of $12,000 for his losing effort at the UFC 262 pay-per-view event in May 2021. This is the most common payscale for lower and mid-tier fighters competing in UFC.

The risks involved in competing as a professional MMA fighter are far greater than any other major sport, which is the primary argument behind the concerns over fighter pay.

Celebrities competing in boxing exhibitions have earned far bigger paydays compared to lifelong mixed martial artists like Paulo Costa in recent times. This is the primary reason behind the issue coming to the forefront in the past few months.

While addressing the Paulo Costa situation in a recent interview with Aaron Bronsteter of TSN, UFC president Dana White said:

“Guess what? You should have started a YouTube channel when you were f*cking 13 years old and built your name up and everything else and you could have had the fight on Saturday night. But you didn’t. You’re not a f*cking YouTuber, you’re a fighter, and this is what you do for a living. Or you don’t. It’s up to you.”

Dana White on Paulo Costa’s recent tweets: “You should’ve started a YouTube channel when you were f****** 13 years old and built your name up and everything else and you could have had the fight”