Roman Reigns is presently operating on a whole different level as the top heel in the WWE. The Tribal Chief has reigned supreme as the Universal Champion since August 2020, and he has won over many admirers during his title reign.

The Undertaker is just one of many high-profile names thoroughly impressed by Roman Reigns’ work as a heel. Mark Callaway recently spoke to Sports Illustrated’s Justin Barrasso, and the Deadman showered massive praise on the reigning Universal Champion.

“I’m so proud of where he is. The night of Survivor Series [in November], I went up to Roman and Jey and said, ‘This is the most compelling story that we’ve done in a while.’ And where he’s been able to take it, it’s so good. It’s not forced. Roman is hitting on all cylinders,” The Undertaker recalled.

I think he’s a great heel: The Undertaker on Roman Reigns’ work on WWE SmackDown 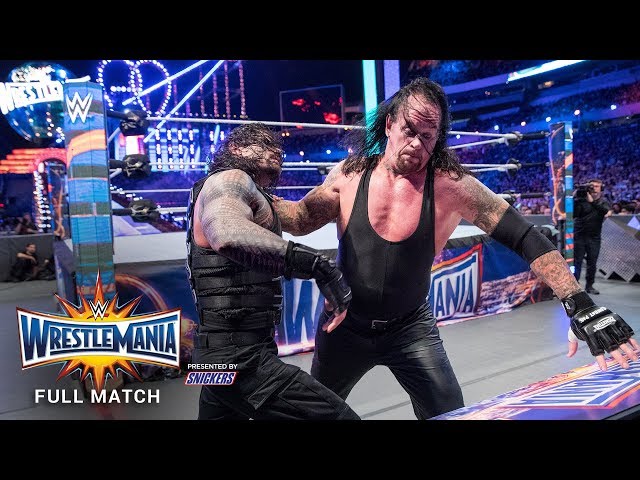 The Undertaker also highlighted Paul Heyman’s immense contribution in making Roman Reigns’ act seem all the more special. The Phenom noted that Heyman was the perfect mouthpiece that tied the entire angle together.

“Obviously, Paul Heyman is the perfect mouthpiece. He’s there whenever it’s needed, and he adds so much. They work so well together,” added The Undertaker.

The Undertaker loved Roman Reigns’ coldhearted demeanor as the premier bad guy in the company. However, the WWE legend admitted that he would have loved to have another program with the current version of Roman Reigns if his body permitted him to do so.

“I think he’s a great heel—coldhearted, calculated,” Calaway said. “There is a compelling backstory, and you still feel the tension when Roman appears. Like I said, I’m really proud of him. I wish I had the gas in the tank to work a program with him now. It would definitely be something special.”

Roman Reigns has exceeded all expectations ever since WWE pulled the trigger on his long-awaited heel turn. The Head of the Table is WWE’s biggest draw, and the promotion reportedly has a massive WWE SummerSlam match lined up for him.