Israel Adesanya has suggested that he may burp in Marvin Vettori’s face when the two face off ahead of their clash at UFC 263.

Reigning UFC middleweight champion Israel Adesanya and top-tier middleweight contender Marvin Vettori are no strangers to one another. Adesanya and Vettori fought in a three-round middleweight bout at UFC on FOX: Poirier vs. Gaethje back in April of 2018. The fight saw Adesanya emerge victorious via a split decision.

In the ensuing years, the rivalry between Israel Adesanya and Marvin Vettori has gradually grown, with both fighters ascending to the top of the food chain in the UFC middleweight division.

“When I burped, he got really, like, psyched. Like, what the f**k? I might burp in his face. Is that illegal to burp in someone’s face allegedly?”

The interviewer noted that Adesanya often burps during his interviews. When asked whether this was due to him having health problems relating to gas, Adesanya responded: 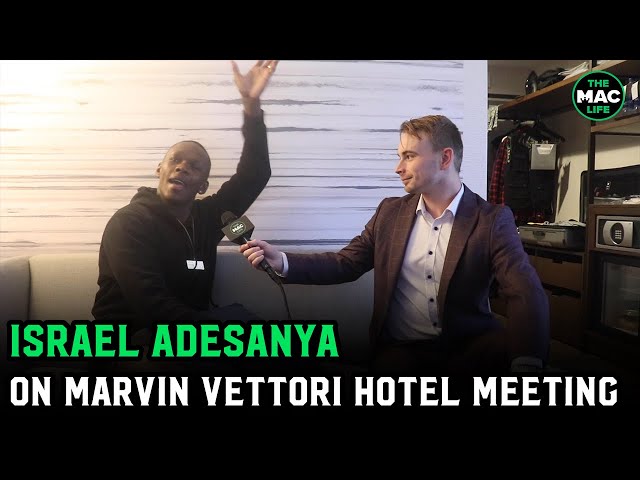 The bad blood between Israel Adesanya and Marvin Vettori has seen both fighters engage in a considerable amount of trash talk ahead of their fight. They even ran into each other in the UFC fighter hotel’s lobby this week, where a few words were exchanged. Thankfully, neither Adesanya nor Vettori allowed matters to escalate into any sort of physical altercation.

The Israel Adesanya vs. Marvin Vettori matchup represents an intriguing clash of styles

Israel Adesanya is set to put his UFC middleweight title on the line in a rematch against Marvin Vettori. The Adesanya vs. Vettori title fight will headline the UFC 263 fight card on June 12th, 2021.

This is one of the most highly-anticipated fights of 2021. It represents a truly interesting clash of styles, pitting Adesanya’s outstanding striking skills against Vettori’s grappling prowess and well-rounded MMA skill-set.

Do you see Israel Adesanya following through on his promise of burping in Marvin Vettori’s face at the fighter face-offs during the pre-fight press conference, or perhaps at the weigh-ins? Sound off in the comments.