Any trainer who like Pokemon with massive Attack stats that simply spam high-powered moves will love the Conkeldurr evolutionary line.

Between the main series games and Pokemon GO, Conkeldurr and its pre-evolutions have a reputation for dropping bombs on opponents. In the main series games, not only did they have high Attack stats, but also access to Guts: an ability that raises their Attack when inflicted with status. Things are no different in Pokemon GO, as Conkeldurr has a 243 Attack stat (just under Mamoswine for context).

How can these strong Pokemon rack up damage? 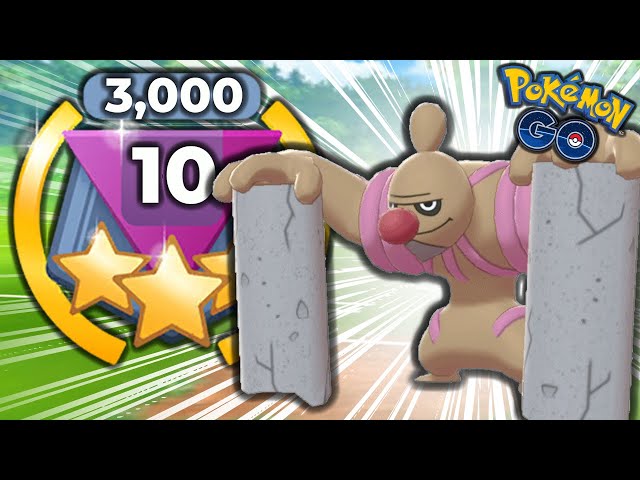 Anyone with Conkeldurr by their side is set to pick up wins in PvP. Getting XP to level up, however, can be a challenge to new players. Therefore, here are some moveset for each member of the Conkeldurr line.

Being the rookie Pokemon, Timburr has the weakest moves. Low Kick should be the fast move to run. Pound is 1 point stronger, but STAB makes Low Kick more powerful.

For charge moves that are Fighting-type, Timburr can choose between Low Sweep and Brick Break, just like Mienfoo. Both are incredibly similar, so either can work. Brick Break is a tad bit faster, though, which is why it’s the preferred move. Rock Tomb should be the second charge move to catch Flying-type Pokemon switching in.

Gurdurr gets an interesting move in Poison Jab. This move can be good to hit Fairy-type Pokemon hard. It also does more damage than Low Kick, even though Low Kick gets the all important STAB.

Gurdurr has the same choice between Fighting-type charge moves as Timburr. Once again, Brick Break is slightly better. One great thing that Gurdurr receives, though, is a stronger Rock-type move. Stone Edge can do a lot of damage to any incoming Togekiss or Altaria. Gurdurr definitely wants a good full charge move that compliments the Brick Break and can be charged quicker.

Even though Conkeldurr gets access to Poison Jab, Counter is such a good move that it can’t be ignored. It charges more energy than Poison Jab and ends up doing 15 damage with STAB into account. Obviously, this gives up having an answer to Fairy-type Pokemon, but any trainer who uses Conkeldurr should have a safe swap for Fairy-types anyways.

For charge moves, Stone Edge should definitely be on the set. Not only does it catch Togekiss, Moltres and other Flying-types, but it flat out does great neutral damage against most other Pokemon. The other option should be Dynamic Punch so that Conkeldurr can have a quick option before it dies or has to be swapped.