In addition to leading a team in the latest edition of The Ultimate Fighter reality TV show, Brian Ortega has kept a keen eye on his prospects inside the octagon.

The No.2-ranked UFC featherweight took to Twitter in a bid to issue a challenge to one of the most infamous names in the combat sports circuit, Colby Covington.

@ColbyCovMMA let’s do 165 I’ll make your name relevant. We don’t bitch out where I’m from . LA bitch West Up

The switch-stance fighter, who is used to fighting at featherweight, is seemingly open to moving up weight classes to put together a massive fight.

He called for ‘Chaos’ to cut 5 lbs besides his usual cut to 170 to meet Ortega in the middle.

What’s more, this fight will help the fighters settle the beef that has cultivated after weeks worth of back and forth on social media.

Instead of Brian Ortega and Alexander Volkanovski, Colby Covington and friend-turned-foe Jorge Masvidal were slated to coach on The Ultimate Fighter 29.

However, the UFC changed their selection after ‘Gamebred’ was called upon to compete for the UFC welterweight strap in a rematch against Kamaru Usman.

In the wake of these changes, Colby Covington trashed the UFC brass for making the wrong decision.

“Yikes. You don’t want those two guys as your coaches, as your comeback season of ‘The Ultimate Fighter’. There’s no controversy. There’s no drama. There’s no nothing. There’s no storyline. I feel bad for the show. I wish I could’ve come back to the show and give the people what they want,” said Covington while in conversation with James Lynch.

Watch the interview with Colby Covington below: 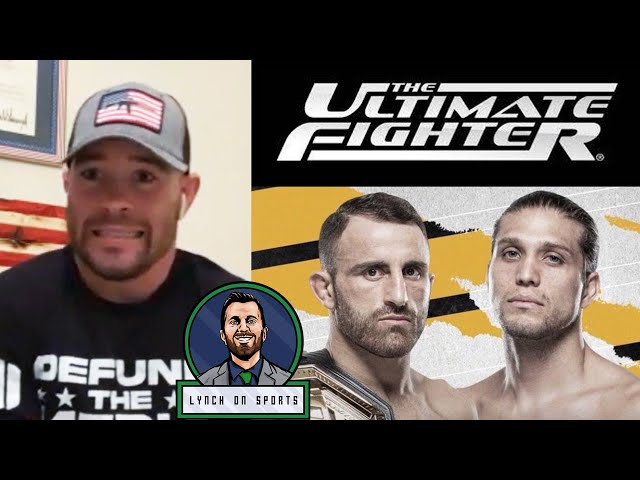 In response to Covington’s statements about TUF and the coaches on the show, Brian Ortega took to social media to settle the score.

In an expletive-rich tweet, Brian Ortega highlighted how Colby Covington was robbed of an opportunity to feature on the show after Jorge Masvidal seemingly moved on to better things, leaving ‘Chaos’ high and dry.

“Idk why @ColbyCovMMA hating the TUF show was yours bro I didn’t even fucken want it. @GamebredFighter left to fight and you got assed out. My fight fell through and we got the call to get it. I didn’t call anyone bout the show they hit me up. Now I’m glad you ain’t get it Bitch,” wrote Ortega.

The callout issued by ‘T-City’ has created a lot of buzz in the combat sports circuit, with fans looking forward to the two settling their feud in the octagon.

The constant back and forth that Brian Ortega and Colby Covington have engaged in has only added fuel to the fire.

Do you think this is the next big fight to make? Let us know in the comments!