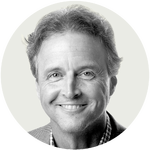 Fabrice Santoro, the former French star doing commentary for British network ITV, is already getting concerned about tonight’s 11 p.m. curfew in Paris for spectators. Nadal vs Djokovic is still far from starting, and they play at a famously measured pace. “What is the worst case for the tournament today?” Santoro asks. “The worst case is to ask people to leave the Court Philippe Chatrier tonight at 10:45 p.m. when Rafa and Novak start the fifth set.”

Both Djokovic and Nadal were heavily favored to reach the semifinals, and did so without much drama.

In the fourth round, Djokovic played an uncharacteristic first two sets against Italian teenager Lorenzo Musetti, losing both in tiebreakers. But he reverted to form for the remainder of the match, until Musetti threw in the towel down 6-7 (7), 6-7 (2), 6-1, 6-0, 4-0 after long stretches where he was barely winning points.

Both Djokovic and Nadal dropped a set in their quarterfinal match, with Djokovic dropping the third set in a 6-3, 6-2, 6-7 (5), 7-5 win over the ninth-seeded Matteo Berrettini, while Nadal dropped the second set in his 6-3, 4-6, 6-4, 6-0 win over the 10th-seeded Diego Schwartzman, ending a streak of 36 consecutive sets won by Nadal.

It’s nearing 5:30 p.m. in Paris and Zverev and Tsitsipas are early in their fourth set. Nadal and Djokovic are scheduled to follow. If anyone thinks that Wednesday night was the French Open’s last night session, they are dreaming. It was only the last “official” night session.

Nadal remains a prohibitive favorite at Roland Garros, but because his world ranking slipped to third, he drew the top-ranked Djokovic in the semifinals, a round earlier than would normally be expected of the two greats.

While what comes next may feel anticlimactic, the winner of this match will need to win one more to get his hands on the Coupe des Mousquetaires. No. 5 seed Stefanos Tsitsipas and No. 6 seed Alexander Zverev, facing off in the first semifinal on Friday, are each looking to reach his first French Open final.

While either Djokovic or Nadal will be considerable favorites, neither Tsitsipas nor Zverev should be overlooked. Both won titles in the run up to the French Open, with Tsitsipas triumphing in Monte Carlo and Zverev winning in Madrid, where he scored a third straight victory over Nadal. Tsitsipas, similarly, beat Nadal on the clay of Madrid in 2019, and lost to him in a competitive three-set final this year in Barcelona.

Federer equaled the previous record-holder, Pete Sampras, when he won his 14th Grand Slam title at the French Open in 2009, and moved into sole possession of the record when he won his 15th a month later at Wimbledon. He was joined by Nadal at 20 apiece when Nadal won last year’s French Open.

Djokovic also has designs on the record, however. He currently has 18 Grand Slam titles, and could reach 21 this year if he wins in Paris, as well as Wimbledon and the United States Open. Djokovic is less than a year older than Nadal, but his ability to contend on both grass and hard courts likely increases his chances of finishing on top when all is said and done.

Federer, of course, isn’t necessarily done either: he pulled out of the French Open after his third round win so he could better on the grass court swing, where he could claim his own 21st Grand Slam title at Wimbledon next month.

Though there is still much to play for, one thing seems certain: Sampras will occupy an increasingly distant fourth place, and all three men have a ways to go before they equal Serena Williams’s Open era record of 23 titles.

Djokovic leads their head-to-head meetings by a racket string, 29-28. But Nadal can be heartened by his decisive advantage on his preferred clay courts, where he has a 19-7 edge.

Nadal won their last two meetings, both of which were on clay. Nadal prevailed 7-5, 1-6, 6-3 last month in the final of the Italian Open, and romped past Djokovic 6-0, 6-2, 7-5 in a lopsided French Open final last October.

Djokovic, who has won 10 matches in a row against Nadal away from the clay courts, can take some solace in being the last man to have defeated Nadal at the French Open, handing him a decisive 7-5, 6-3, 6-1 loss in the 2015 quarterfinals.

Along with a 2009 fourth-round loss to Robin Soderling, that 2015 defeat stands as one of only two blemishes in Nadal’s otherwise sparkling 105-2 record at Roland Garros. Nadal is undefeated, 26-0, in the final two rounds of the French Open.