Though players have just recently delved into Fortnite’s Season 7, two new weapons are already on their way to the game. Epic Games has released IO Tech weapons to run along with Season 7, and the next series of guns complement the alien theme as well.

Players have had less than a week to experience the game changes and awesome features of Fortnite’s Season 7. The weapons coming out soon will only strengthen and continue to build the hype around the alien invasion.

Here’s a Look at 2 of the Upcoming #FortniteSeason7 weapons👽

-Right: Prop Gun (Transforms you to Props with a Cooldown and Notifies Enemies Nearby every 30 Seconds) pic.twitter.com/qDqdIuzJcy

Fortnite’s next leaked weapons in Season 7

With all of the alien technology landing in Fortnite recently, it’s no surprise that an arsenal of high-tech weapons will follow as well. As with most other seasons, Epic Games has released images and information surrounding the soon-to-be added weapons. 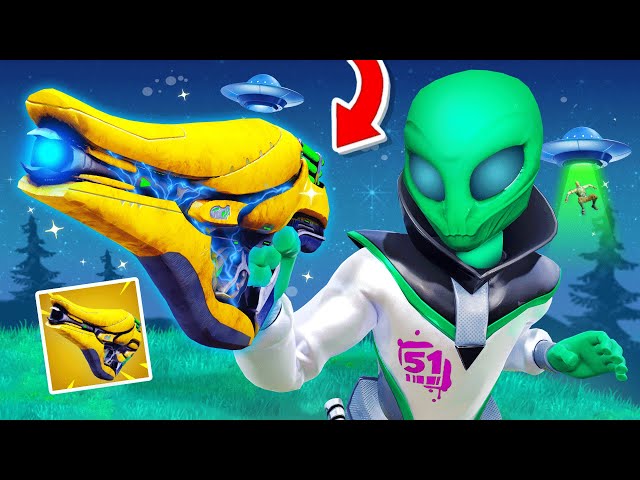 The Rick & Morty crossover introduces new cosmetic features, like the Rich Sanchez skin, Morty hammer pickaxe, and more. Since Rick is one of the main characters, an image showing him using one of the weapons makes perfect sense.

2 Of the upcoming Season 7 weapons:

Right: Cowinator (Lifts objects and throws them)
Left: Prop Gun (Transforms you to props with a cooldown and notifies enemies nearby every 30 seconds) pic.twitter.com/TmOodEtuGV

The Cowinator appears to be a type of gravity gun that can pick items up in the world and throw them. It’s unclear exactly what items can be grabbed and how far they can be thrown, but the trailer shows Rick levitating a taxi cab.

Think of this gun as the Zero Point Energy Field Manipulator from the popular franchise, Half-Life. The gun may be needed for a quest or challenge in the future days of Fortnite Season 7, so stay updated on its release.

A weapon that can turn players into props makes a return to Fortnite, similar to Chapter 1, where the game included a Prop Hunt mode. The alien-like gun that looks like a one-handed controller type device is capable of disguising players as ordinary objects.

This gun comes with a decent cooldown to nerf its camouflage ability and alerts players of nearby enemies every 30 seconds.

Fortnite has kicked Season 7 off with a bang with its alien features and game-changing technology. More leaks are sure to continue to unfold as the weeks progress, and players can explore them all to discover the excitement around them.