A legendary Australian war veteran has died suddenly at the age of 101 – with his family paying tribute to a ‘kind-hearted’ man dedicated to remembering his fellow Anzacs.

His eldest daughter Suzanne Lofts said her father had not missed an Anzac Day parade in 76 years – including during the height of the Covid-19 pandemic, when he famously organised his own ceremony.

Ms Lofts said though her father was a firm pacifist. 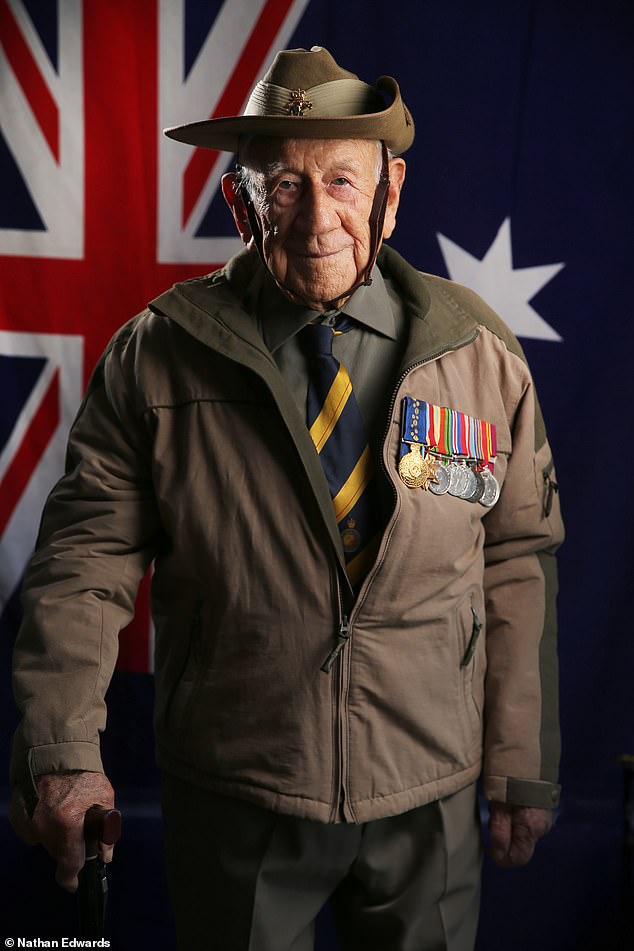 Henry ‘Corky’ Caldwell suddenly died on Friday from a brain hemorrhage while eating an ice cream. Mr Caldwell did not miss a single Anzac Day ceremony in 76 years but became a pacifist after seeing gruesome sights on the front lines when he was repairing tanks and ambulances. He lived to the age of 101 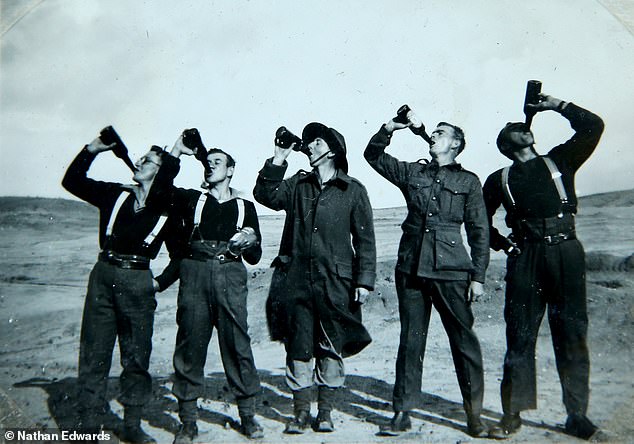 Mr Caldwell, an army mechanic during WWII, was also am amateur photographer and he smuggled his pocket camera with him to the front lines in the Middle East theatre in 1941 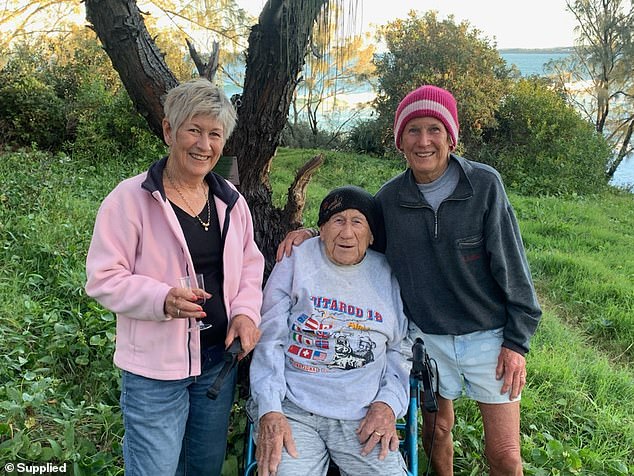 Henry ‘Corky’ Caldwell (centre) is pictured with his daughters Glenda Chappel and Suzanne Lofts. He died watching footy and eating an ice cream at home with Glenda

‘He absolutely loved celebrating Anzac day, to him it was the most important day of the year,’ Ms Lofts said.

Mr Caldwell was driven through his hometown of Grafton in a WWII jeep and laid a wreath at the cenotaph as part of his own Covid-safe ceremony in 2020.

‘His thoughts on war were never have a war, basically, live a nice life with your neighbours,’ Ms Lofts said. 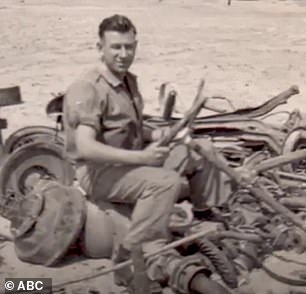 ‘Last year I heard him say that when he was an engineer in the second world war he used to have to clean bits and pieces of people out of the tanks before they returned them to the field.

‘That was a shock to hear him say that, he’d never spoken about it before.’

His wartime job included repairing ambulances, tanks and jeeps at various fronts in the Middle East Theatre during World War II, including in Egypt.

As a keen amateur photographer, he smuggled a pocket camera in his belongings – taking photos of pyramids, desert tribes and ancient tombs along the way.

Ms Lofts said although her father was 101, his death was a huge shock. 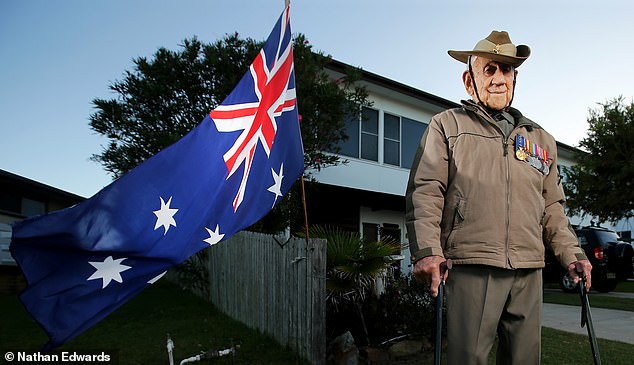 Anzac Day was the most important day of the year to Henry ‘Corky’ Caldwell and he wouldn’t let Covid ruin it for him. In 2020 Mr Caldwell was driven through his hometown of Grafton in a WWII jeep and laid a wreath at the cenotaph as part of his own Covid-safe ceremony

‘He was sitting up enjoying his ice cream after dinner, watching the football with my sister and he dropped his ice cream and that was it,’ his daughter Suzanne Lofts said.

‘I’m pretty devastated because his health was so good and it was totally unexpected. He’d just been given a clean bill of health, heart, lungs everything.

‘I think he was aiming to go on to at least 105 because that’s when his pacemaker battery needed to be changed.’ 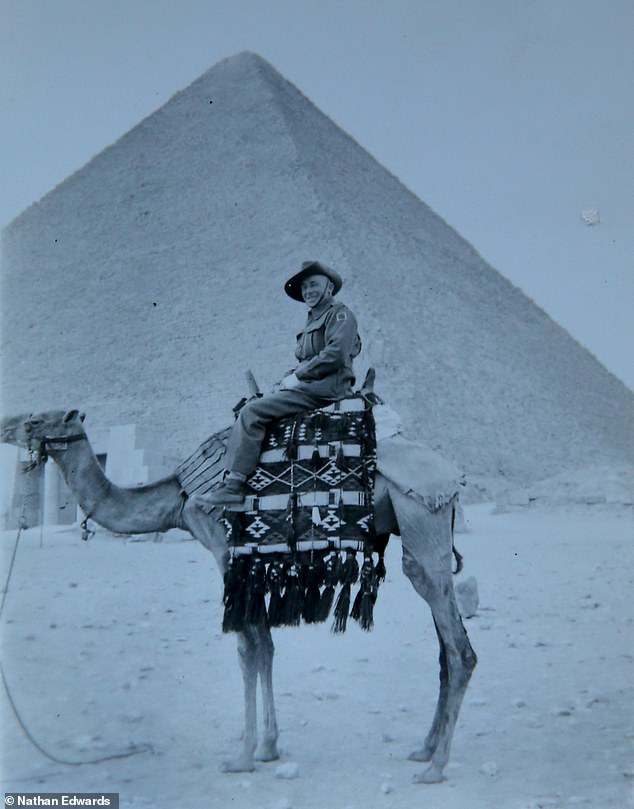 Mr Caldwell enlisted in 1941 and took his pocket camera with him, taking photos of ancient tombs, pyramids, the day-to-day of his work as a mechanic and his mates

Ms Lofts said her father ‘was a bit of a devil’, and once threw her out of a boat while fishing over water for ‘safety’.

‘I used to go out fishing with him in the boat and my fondest memory is when he threw me out of the boat because he said it was dangerous to be in the boat when it came up the ramp,’ she said. 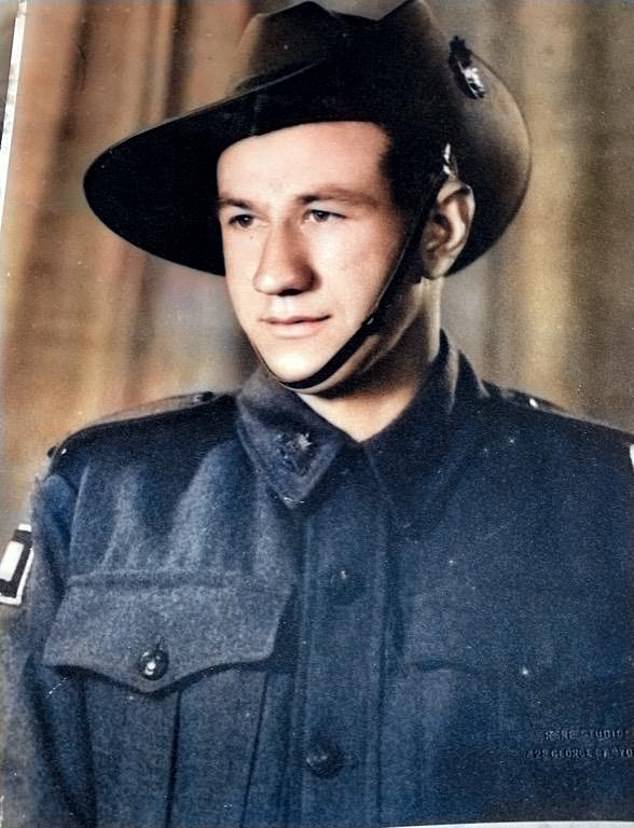 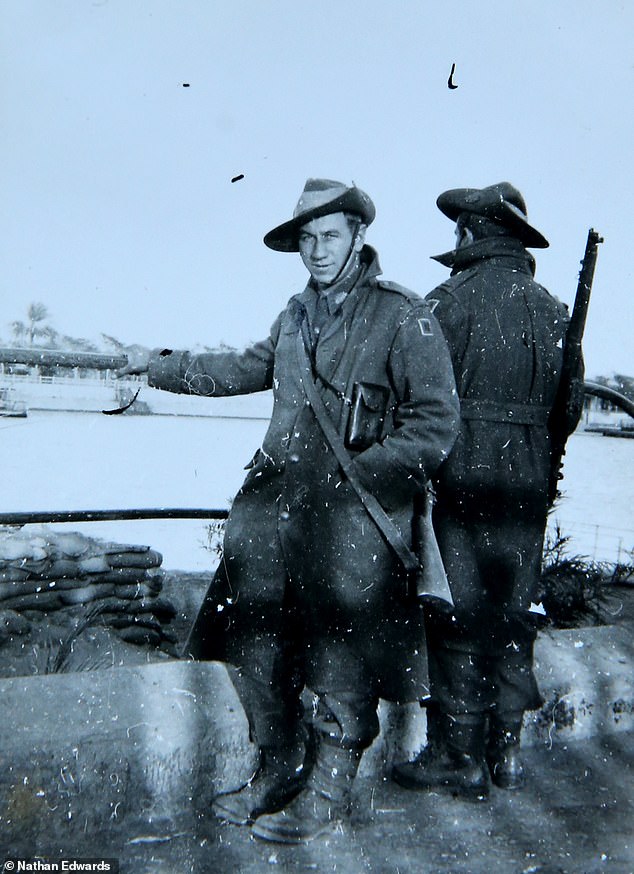 His loved ones said Mr Caldwell was straight talking, honest and also committed to volunteering 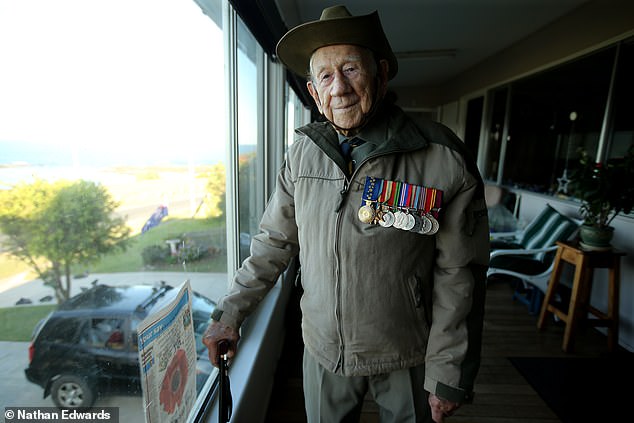 Mr Caldwell received an Order of Australia for community service, doing 50 years of volunteering after erturning from the war, and also earned Queens Medal for service to the fire brigade

‘But he was a very kind man, he’d drop anything to come and help us.’

His loved ones said Mr Caldwell was also straight talking, honest and also committed to volunteering.

In 1956 he was asked to run the Olympic torch through Grafton.

He received an Order of Australia for community service and a Queens Medal for service to the fire brigade.

‘He was really, really proud of his volunteering achievements, he volunteered for 50 years, for the town fire brigade and the rural fire service,’ she said.

He was also a life member of the Grafton Show Society and the local kennel club.