Growing and cultivating crops in Minecraft is one of the most peaceful things to do in a sandbox game. Crops like sugarcane, wheat, carrot, and potatoes can be grown in dirt as long as there is a water source close enough.

Sugarcane is a plant that can grow up to four blocks tall, and then it stops growing. Sugarcane is an essential item as players can craft many valuable things from it, like paper and sugar.

Paper is one of the essential items in Minecraft. Using paper, the players can craft items like Book and Bookshelf, which are necessary for setting up an excellent enchanting table set up so that the players can get high-level enchantments on their armor and tools.

The most efficient way of obtaining paper is by setting up a sugarcane farm and crafting the collected sugarcane into paper.

Building a paper farm in Minecraft

To start building a paper farm in Minecraft, players need some sugarcane, which can be found anywhere near a significant enough water source. Sugarcanes naturally generate as two, three, or four blocks high, and rare sugarcanes that are even taller can be found if the world generated two canes on top of each other.

Different types of Sugarcane farms in Minecraft can be categorized into two farms: Regular farm and Automatic farm.

Repeating this seven-eight times should be good enough for creating a farm that can give vast quantities of sugarcane after harvesting once. 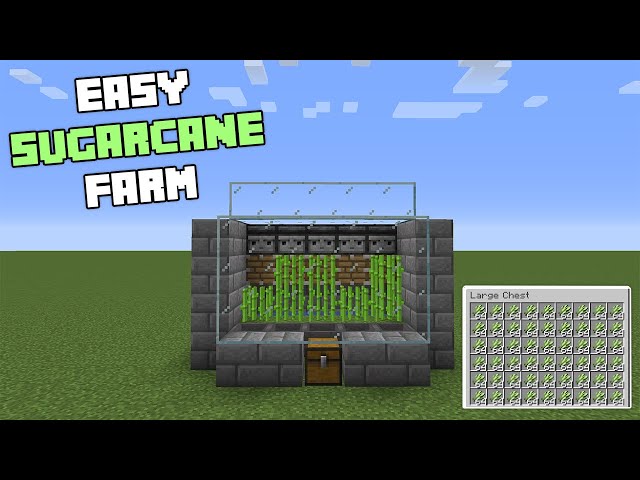 Automatic farms require Redstone that can be mined easily. Using Redstone, players can craft observers and pistons. In an automatic sugarcane farm, the observers are placed three blocks above and one block beside the block on which sugarcane will grow.

This is done so observers can send a Redstone signal to the pistons below them when the sugarcane block grows up to three blocks high. Pistons are placed right below the observer, and it catches the signals from the observer and pushes to break the bamboo, which is then collected in chests using hoppers. This cycle continues infinitely as long as the farm isn’t broken by any means.