Marvin Vettori has set his eyes on fighting Paulo Costa. The UFC middleweight tagged ‘Borrachinha’ as a “drunk guy” and noted that he can’t stop himself from drinking.

Vettori succumbed to a defeat at the hands of Israel Adesanya at UFC 263. The 27-year-old was able to stretch the fight to the distance but ended up losing the five-round battle via unanimous decision.

Speaking to BT Sport after UFC 263, Marvin Vettori said he would like to take on Costa next, and added that he is not used to backing out of fights:

“To be honest, I would like to really destroy this drunk guy who can’t even stay off drinking and it’s Borrachinha eventually. Either way, I’m as game as it comes. I always show up. There’s not one fight that I didn’t show up… He’s not straight too much. I don’t know what he’s about but if he can make it to a fight, I’ll definitely like to smack this guy,” said Vettori. 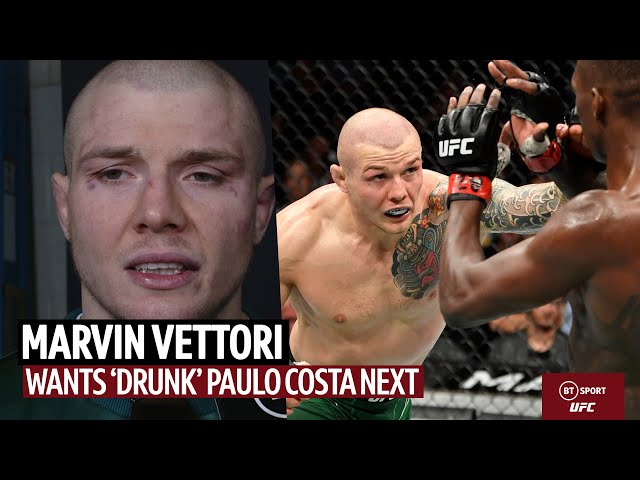 Vettori had racked up a five-fight win streak in the UFC that helped him earn a rematch against Adesanya. The dream run of ‘The Italian Dream’ was put to a halt by the middleweight champ as he eked out a convincing decision victory at UFC 263.

Marvin Vettori has called out Paulo Costa for the second time

This is not the first time Marvin Vettori has expressed his interest in challenging Paulo Costa. Following his win over Jack Hermansson at UFC Vegas 16 in December last year, Vettori said he would like to go up against Costa in his next outing:

“Let’s go Borrachinha, we are going to make a hell of a fu****g fight, let’s go baby,” said Marvin Vettori. 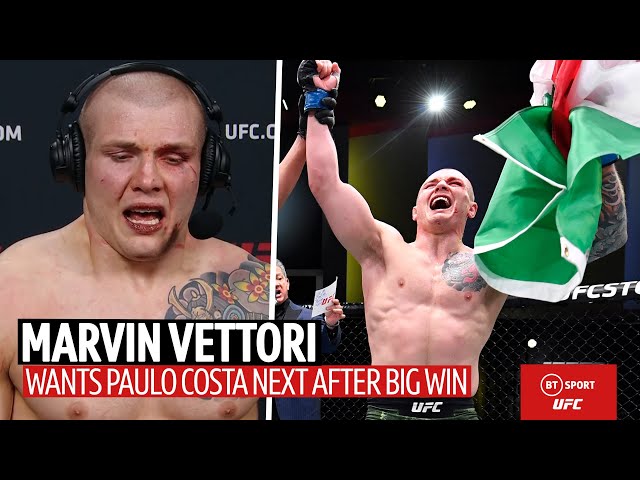 However, the UFC decided to pit Vettori opposite Darren Till. The Englishman was forced to withdraw from the fight due to an injury. Till was replaced by Kevin Holland who Vettori comfortably defeated thanks to his shrewd wrestling game.

The win over Holland propelled Marvin Vettori to No.3 in the UFC middleweight rankings. With Robert Whittaker not willing to fight until October, ‘The Italian Dream’ was given an opportunity to stake his claim to the middleweight championship at UFC 263.