Players might be happy to know that Shadow Ho-oh is coming to Pokemon GO, but, in order to catch it, they have to first beat it in battle.

Ho-oh will be the latest Pokemon on Giovanni’s team. Players can get on the radar for this battle by completing the upcoming “A Seven-Colored Shadow” Special Research. It’s important to know, however, that it’s going to take strong Pokemon and a whole ton of patience to beat a Shadow Ho-oh.

This Pokemon is normally incredibly bulky, with a high 14 Stamina stat and even higher 244 Defense. Of course, these defenses get lowered when Ho-oh is in Shadow form, but it hardly matters since now its moderately high Attack stat (239) gets even higher. This Pokemon becomes a potent attacker with enough bulk to still be tanky. Do not go into this battle without some of these counters.

How can trainers beat this Shadow legendary Pokemon? 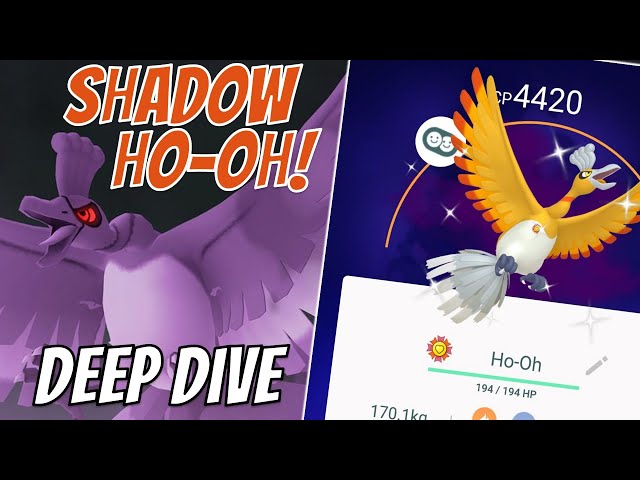 The best way any trainer can defeat Shadow Ho-oh is without a doubt Rock-type Pokemon. Shadow Ho-oh is Fire-type and Flying-type, both of which are weak to Rock. Rock-types, in turn, resist Brave Bird and Fire Blast, both Ho-oh’s notable charge moves. Rock-types need to be careful, though, since Ho-oh can also learn Earthquake and Solarbeam.

Perhaps the best single Pokemon out there to bring into a Shadow Ho-oh battle is Tyranitar. It certainly has enough Attack to blow it out of the sky, as well as enough bulk behind it to withstand an Earthquake. Through Elite TM, Tyranitar gets access to Smack Down, a phenomenal quick move. Pair that with Stone Edge, and Shadow Ho-oh won’t be any trouble.

If any trainers out there don’t have specifically a Rock-type Pokemon, that’s fine. It’s still good to bring a Pokemon that can learn a Rock move, such as Rock Slide or Stone Edge. Darmanitan is a good Shadow Ho-oh counter because of this. It resists Fire Blast and can hit back with a strong Rock Slide. The same goes for Landorus-Therian..

If neither of these are options, then strong Water or Electric-type Pokemon are also options. They lose out on the 4x super effective damage that Rock-types do, though. To beat Shadow Ho-oh, any Water or Electric Pokemon should have a strong Attack stat or, better yet, be Shadow themselves.

Several Shadow Pokemon that are Water-type can do well here. Both Shadow Swampert and Shadow Gyarados are great options in this battle.