Many wrestlers credit Vince McMahon for their success and state that they’ve learned a lot from the WWE Chairman. One such Superstar is former world champion John Cena, who recently explained that Mr. McMahon has taught him a lot.

Speaking to interviewer Chris Van Vliet, Cena was asked to name the biggest lesson he has learned from working with Vince McMahon. His answer, in short, was that he is still learning from him.

“That’s another hour and a half special, maybe more,” said Cena. “I continue to learn from him every single day. There is not an instance that goes by where I don’t reflect on my experience in the WWE and what he has taught me. Often times learning from osmosis, he doesn’t hit you over the head with the lessons, but you can learn from his decision making. It says a lot about the person and what you can take. That well is endless and not dried up yet.”

” I continue to learn from him,” Cena continued. “I think the most valuable of all the lessons is to show up and deliver. That isn’t something he says, it’s something he does all the F’n time. He’s always there and he’s always invested. People can question his creative motives and whatever, it’s creativity, there’s always going to be an opinion. He’s always got his boots on the ground, he’s always invested and he always believes in his passion about the product. I think just showing up and delivering, that’s a huge takeaway.” 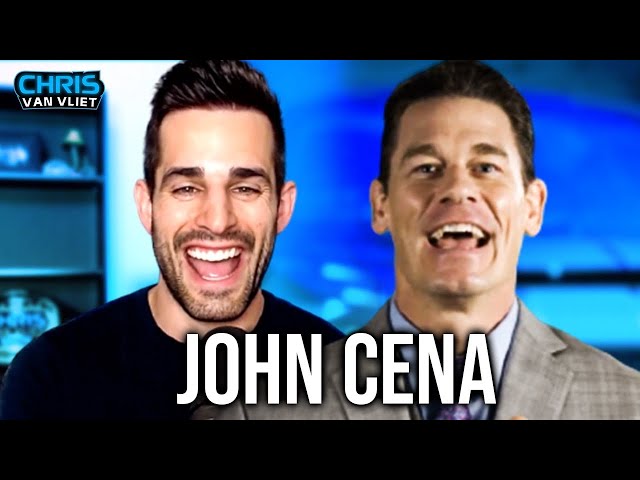 John Cena is certainly a success story in WWE. He’s a homegrown talent who managed to become the face of the company and its biggest Superstar. He has also leveraged his status as the top guy in WWE into a prominent career in Hollywood.

Cena addressed many other topics during the interview, including Roman Reigns, a potential heel turn and whether or not he will be returning to WWE.

Will John Cena return to WWE for SummerSlam?

There has been some speculation that WWE is looking to bring John Cena back for its upcoming SummerSlam pay-per-view. The company will probably hope to take advantage of the return of live crowds with a star-studded show.

Whilst there’s been no official announcement from the company in this regard, the internet has certainly been buzzing with talk of Cena’s involvement in the show. Rumors have suggested that he could face one of the company’s top stars at the pay-per-view.

In the meantime, John Cena is doing the press rounds for his upcoming film, “Fast & Furious 9.” But after that, there’s every chance that he could make his buzzworthy return.

To stay updated with the latest news, rumors, and controversies in WWE every day, subscribe to Sportskeeda Wrestling’s YouTube channel.