Aakash Chopra has lambasted the Indian batting approach in the post-lunch session on the final day of the World Test Championship (WTC) final.

India went into lunch at 130/5 with an overall lead of 98 runs on the Reserve Day of the WTC final. They lost their last five wickets after the interval for the addition of just 40 runs.

Aakash Chopra spoke about the Indian capitulation in a video shared on his YouTube channel. He also pointed out that the lunch break should have given the Indian team time to reflect and chalk out their strategy.

“I didn’t understand what was happening. It was just a lack of thought and a lack of process. The first session did not go in your favor but when you come after lunch, it is expected that you will regroup and replan, change your tactics and you will play more sensibly,” Aakash Chopra said. 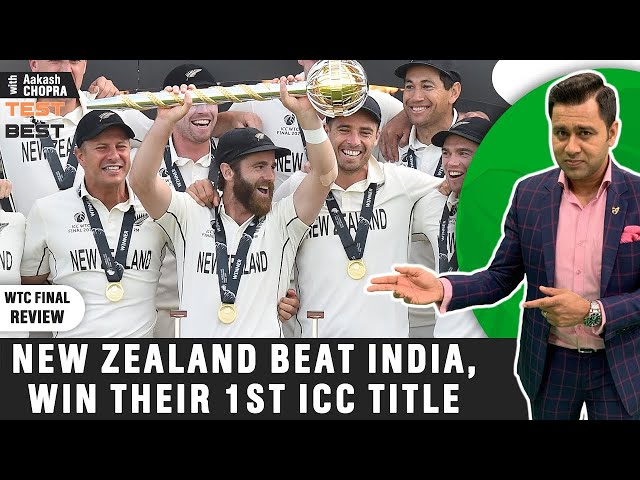 The cricketer-turned-commentator highlighted that the result could have been very different had Team India batted a few additional overs. Aakash Chopra elaborated:

“You knew that 75 overs were left with Jaddu and Pant batting. Wagner is creating the bouncer trap and the other bowler is doing something else. You are able to see everything clearly. If you had played 25-30 overs from there and had scored 75-80 runs because the lead was already 90-odd, half the team was out but half was still left.”

Chopra added that the story of the match would have been different if the Indian team had set a target of around 175 runs in 40-odd overs.

“The way Ashwin was hitting pulls, it seemed like Ricky Ponting was batting” – Aakash Chopra

While acknowledging that Ravindra Jadeja got out to a brilliant piece of bowling, Aakash Chopra questioned Ravichandran Ashwin for throwing caution to the wind during his knock.

“Jaddu, I am actually okay. He was being targeted with the bouncer trap and then got out to a good delivery, I can live with that. The way Ashwin was hitting pulls, it seemed like Ricky Ponting was batting. He also played a big shot and got out.”

The 43-year-old added that Rishabh Pant played a reckless shot. Chopra signed off by stating that Ishant Sharma, Mohammed Shami and Jasprit Bumrah do not offer much resistance, especially in overseas conditions.

“Pant stepped out and tried to hit a six and got out. After that, you do not have batting at all. Let’s be honest, in these conditions your nine, ten and jack are actually nine, ten and jack. You won’t get runs from there,” said Aakash Chopra.

That’s where the difference is, either ask Pandya to bowl, or invest in Shardul.

Aakash Chopra also questioned whether the Indian team had even considered playing for a draw. According to the ICC rules for the WTC finals, a draw would have enabled them to share the trophy with the Kiwis.