Brazil secured a hard-fought 2-1 victory over Colombia in their third fixture of Copa America 2021 to maintain their perfect start to the competition. In a tense encounter, Colombia took the lead in the 10th minute through an amazing goal from Luis Diaz.

Buoyed by the early goal, Colombia sat back and defended, frustrating the Brazilian attackers for a large part of the match. However, in an extraordinary second half, Roberto Firmino scored the equalizer in the 78th minute before Casemiro incredibly headed in the winner from a Neymar corner in the 100th minute (90+10) to give Brazil the win.

Speaking after the match, Casemiro said:

“They came at us once and then stopped. It was our attack against their defense. Colombia is a strong team but, as the coach requires, we are very strong mentally.” 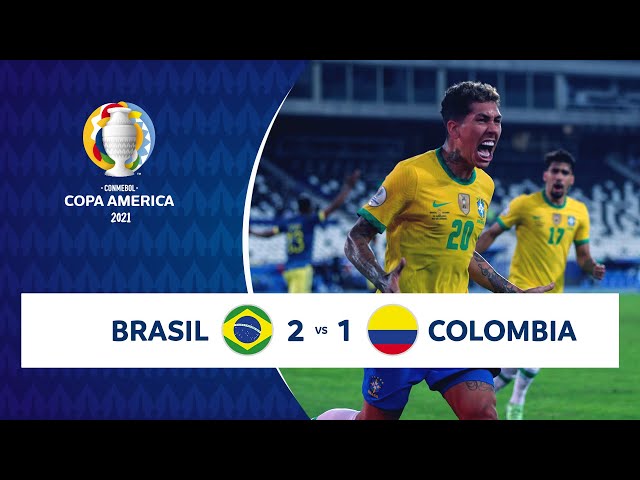 Colombia were left fuming after the game ended and were not happy with the role the referee played in the match. Speaking to reporters after the match, Colombia manager Reinaldo Rueda said:

“The two goals for Brazil are different situations. In the first, I think that the referee’s situation caused distraction in the players.

“Brazil had to go out to find the game, they had a good circulation of the ball and the players who entered had an influence and that is why perhaps [the second half was different].

“But we were incisive and in the end it is a pity that the result could not be achieved.”

Copa America 2021: Brazil are favorites to win the tournament

Brazil are an extremely solid outfit under Tite and are the favorites to win Copa America 2021. While Lionel Messi’s Argentina are desperate to win a trophy, Brazil look like a more complete team.

No player has provided more assists for Brazil than Neymar Jr. pic.twitter.com/TTTTod0B7p

Neymar has been in sparkling form for the hosts. Argentina and the other South American nations will have a tough job getting past the Selecao. Copa America 2021 has already provided some moments of brilliant football and it will be interesting to see if any team will be able to overcome Tite’s in-form Brazil.