An architecture graduate who failed with 200 job applications has found work after standing on one of Australia’s busiest street corners with a ‘hire me’ sign.

Kushagra Jhurani, who has a Master of Architecture from the University of Melbourne, was offered work with Metro Trains after advertising his jobsearch outside Flinders Street and Southern Cross train stations.

Mr Jhurani stood there for ‘three to four weeks’, before Metro Trains’ digital engineering manager Scott Poll saw him, and offered him a job as a draftsperson. 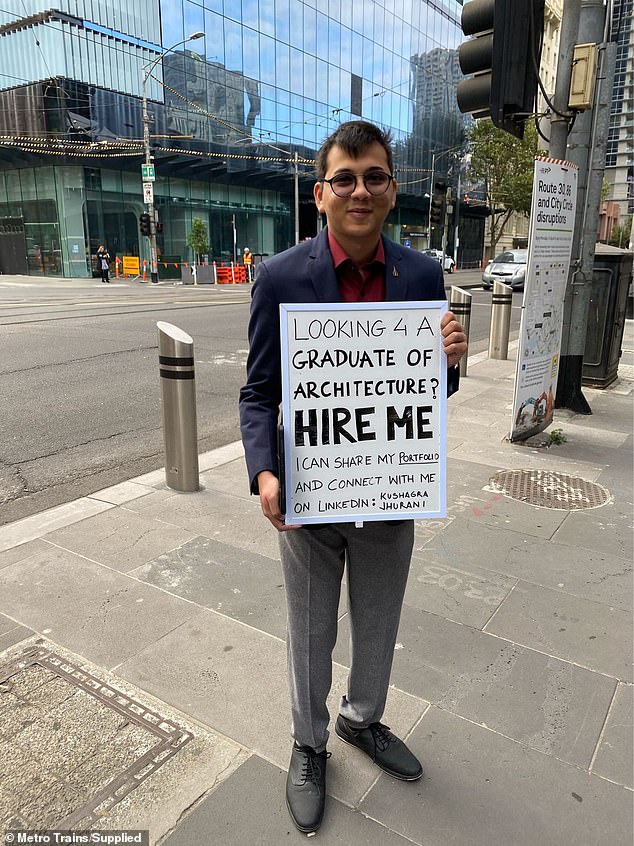 Kushagra Jhurani, an architecture graduate who failed with 200 job applications has found work after standing on on of Melbourne’s busiest street corners with a ‘hire me’ sign 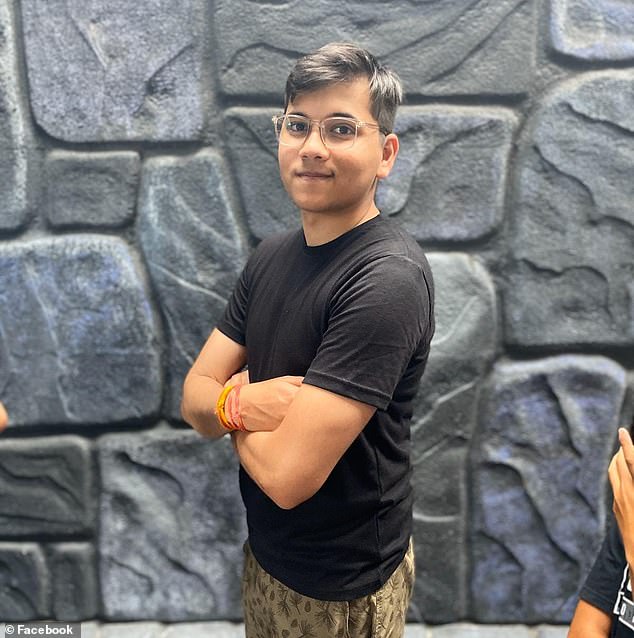 Mr Jhurani, who speaks three languages and is originally from Jaipur, Rajasthan in India, submitted hundreds of applications and made cold calls without luck before he decided to promote himself with a whiteboard, the ABC reported.

‘I looked at all the stations, how many people were coming through, and figured out where would be the best place to advertise myself,’ he said.

His sign read: ‘Looking for a graduate of architecture? Hire me. I can share my portfolio and connect with me on LinkedIn. Kushagra Jhurani.’

Mr Poll realised how much courage it would take to stand in such a visible spot.

‘If he is willing to do that, I know he is going to be willing to be a hard worker,’ Mr Poll said.

Mr Poll spotted Mr Jhurani but walked past him at first – then when he returned to the same spot found he had gone.

He asked his staff to help track down the jobseeker – and he was eventually found on LinkedIn.

Mr Jhurani said he was ‘in awe’ and ‘grateful’ to be given the job.

He creates 3D models for Metro Trains and was happy to give advice to other jobhunters who are stuck.

He recommends ‘put yourself out there’ and ‘do not hesitate’ to do what it takes to find a job.