He’s surprisingly ruthless as far as GTA protagonists go, killing a good number of named characters who oppose him. If CJ doesn’t kill a character, chances are, somebody else will. Interestingly enough, that’s part of the inspiration for this article.

Some of the characters listed below are significant, yet they’re also characters CJ doesn’t kill. He can be indirectly involved in their demise, but he’s not the one pulling the trigger, so to speak. Sometimes, the characters he intends to kill never die at all.

Mike is an extremely minor character in GTA San Andreas, whose only purpose is to serve as Salvatore Leone’s bodyguard. He doesn’t appear in any other GTA game, which would mean that it would be fine if he had to die in GTA San Andreas.

Surprisingly, CJ never kills him when he raids Caligula’s Palace. Mike shows up in both The Introduction and in Freefall as nothing more than just a background character, with no relevance to the plot.

The GTA series is home to several minions that end up being nothing more than fodder for the protagonist to take out. Surprisingly, Officer Hernandez doesn’t end up as one of them and is instead a character at odds with Frank Tenpenny’s antics.

Predictably, this means that CJ does not end up killing him. Jimmy Hernandez was instead killed by Eddie Pulaski (who is coincidentally the only member of C.R.A.S.H. CJ does kill directly). 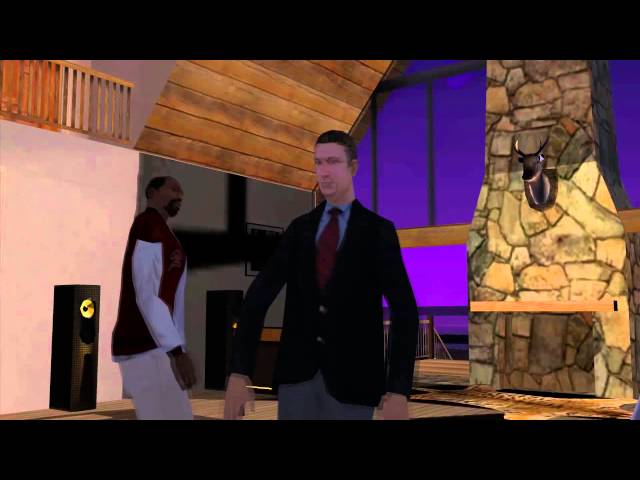 Considering Mike Toreno later became a trusted ally of CJ, it makes sense that he would end up being killed by CJ. However, he debuts as an antagonist that is allied with the Loco Syndicate in GTA San Andreas.

There is even a mission where CJ thinks he kills Mike Toreno by blowing up his helicopter in GTA San Andreas. However, it was revealed that Toreno was not on board that flight and that CJ never killed him.

It’s quite the twist in GTA San Andreas, which is why it can be considered so surprising.

In some ways, OG Loc can be considered a Karma Houdini in GTA San Andreas. He makes Madd Dogg’s life miserable and gets away relatively scot-free. He returns the rhyme book to Madd Dogg after a silly chase sequence, but he then vanishes without a trace in GTA San Andreas.

Big Smoke was his manager and did end up getting killed by CJ, so OG Loc likely is accomplishing something special after GTA San Andreas ends.

Considering CJ kills the vast majority of antagonists he comes across, it’s rather surprising that he just lets OG Loc go.

There is no question that CJ would be more than glad to kill Officer Tenpenny if he could. However, he’s only indirectly responsible for Tenpenny’s death in End of the Line. All CJ does is chase Frank Tenpenny, while the latter loses control of his vehicle, eventually crashing and sustaining fatal injuries.

Sweet told CJ and the crew not to touch Officer Tenpenny, so none of them would be held accountable for his death. True enough, Officer Tenpenny dies of his wounds, and CJ is not to be blamed for killing him (at least not directly).