Skyblock Survival is one of Minecraft’s toughest maps, placing players in an incredibly resource-capped situation and forcing them to think on their toes.

When it comes to finding gravel, Minecraft players new to Skyblock may have some difficulty finding it. Although some Skyblock maps have been updated to accommodate the scarcity of gravel by making enemies such as zombies drop it, other vanilla Skyblock servers require much more effort.

For many players, snagging their first blocks of gravel will require some bartering with Piglins within the Nether.

Minecraft: Getting gravel from Piglins and making a block duplicator

Once Minecraft players have access to a Nether portal, venturing inside and finding Piglins will be incredibly helpful towards getting a few materials not found within the overworld.

By tossing Piglins gold ingots, they will return the favor with randomized materials. Fortunately for Skyblock survivors, gravel has a higher drop rate in vanilla Minecraft Skyblock maps at approximately 8.71% compared to other materials such as Ender Pearls.

Once Minecraft players have some gravel, they may want to create a block duplicator if they’ve found their Skyblock map’s Ender Portal. By dropping the most gravity-affected blocks into the End Portal, the blocks can be duplicated. This is insanely helpful for players if it operates correctly within their current Skyblock map and/or data pack. 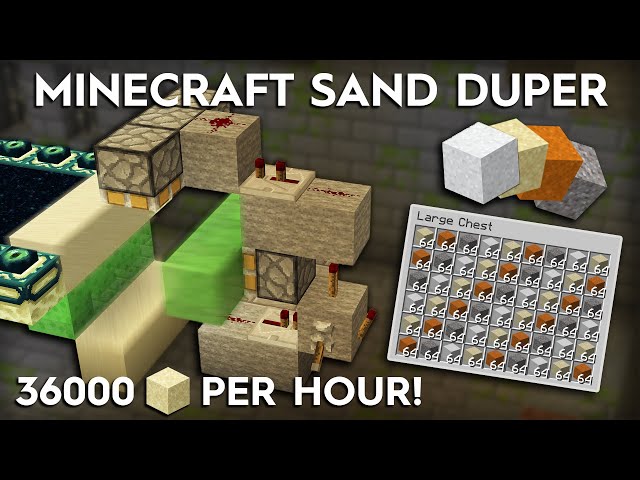 In order to create a duplicator, Minecraft players must perform the following:

This is an incredibly complex Minecraft machine requiring tons of blocks and resources, but it can generate thousands of blocks. For Skyblock players looking to generate a massive amount of gravel (but also sand, concrete powder, and red sand), this machine may be worth investing time and effort in.

Read More: How to create an automatic item sorter in the Minecraft 1.17 Caves & Cliffs update