By Joseph Laws For Mailonline

Police are searching for a mystery man who leapt into the River Thames to save two babies strapped to a buggy from drowning.

A woman took her two grandsons, aged one and two, for a walk along the River Thames in Staines near Halfords in The Causeway.

The children were strapped into the pushchair, but on the riverbank it began to roll towards the water as the brake had not been applied properly.

The buggy entered the water and the two babies were suddenly submerged. 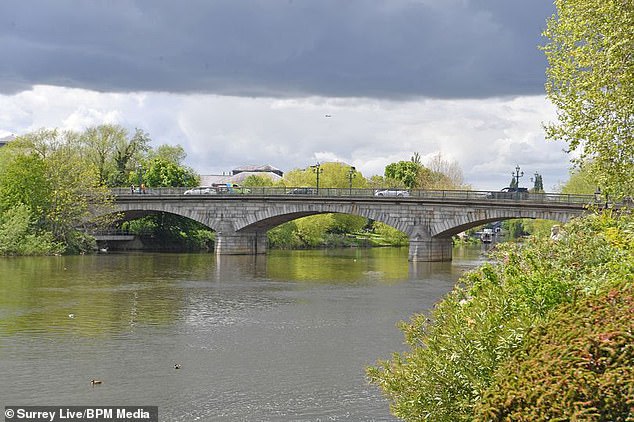 The children were strapped into the pushchair, but on the riverbank it began to roll towards the water as the brake had not been applied properly

The grandmother immediately leapt into the river and tried to bring the buggy to the surface, shouting for help, but the water was too deep and the bank too steep.

Thankfully, a man who was nearby sprang into action and jumped into the water to help.

Shortly afterwards another man, who had heard the cries for help, ran to the riverbank and pulled the buggy and babies out of the river.

The second man, known as Paul, quickly found blankets to keep the children warm and dry before police arrived.

It was Surrey Police’s Runnymede officers who attended and they have since reported both children are back home and in good health after being taken to hospital.

Police have shared the story as part of an appeal to put the grateful family in touch with one of the rescuers.

They said: ‘The family are so grateful to both men for their speedy reactions and heroic efforts.

‘The family have been in touch with Paul but would also like to thank the first man who leapt into the water; if you are the person who helped, please get in touch by dropping us a private message and quoting ref 45210076472.’