Former Indian batter Sanjay Manjrekar recalled an incident where he and Sachin Tendulkar tried to make fun of Vinod Kambli. All three were part of India’s 1992 World Cup squad, and Kambli wasn’t getting a chance to play.

Manjrekar and Tendulkar, on the other hand, played every game and also had important partnerships. Sanjay Manjrekar revealed that Vinod Kambli used to criticize his and Sachin’s batting and the way they used to play.

Speaking on ‘SK Tales’, Manjrekar explained how Kambli used to comment on their batting performance, saying that they were batting with a low strike rate.

“Vinod Kambli was a part of our World Cup squad in 1992 but was not able to get consistent chances. Me and Sachin being established players used to play every game. After every game, Vinod used to criticize our batting. Even after we had a partnership of 99 against Zimbabwe, he still had a go at us that our batting was conservative.” 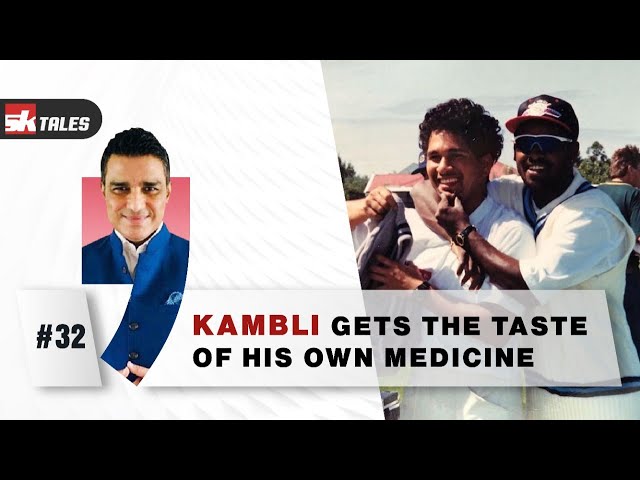 Manjrekar and Tendulkar finally got their chance to take a friendly dig at Vinod Kambli after he scored at a strike rate of 54 against Pakistan in the same World Cup.

But when asked why he batted that slow, Kambli tactfully credited the opposition bowling and said it was difficult to score runs off them.

The way he handled the situation also made Sanjay Manjrekar realize how good Kambli’s sense of humor was.

“Kambli finally got his chance against Pakistan and there he scored at a strike-rate of about 54. Me and Sachin decided that this was our chance to take a friendly dig at him. But this time he told us that their bowling was too tight. So he always had a great sense of humor,” Sanjay Manjrekar signed off.