The 2020 Tokyo Olympic Games are finally about to begin, with the opening ceremony taking place on Friday night.

After a lifetime of hard work, some of the worlds premier athletes will gather in Japan to compete against each other for the chance to win a gold medal.

While a majority of athletes rely on hard work and natural talent alone to perform, some take the unfortunate extra step of cheating, using certain substances to improve their performance.

Dr Nikolai Nordsborg, professor and head of the University of Copenhagen’s nutrition, exercise, and sports department, revealed  the drugs some Olympians use, and why athletes in certain in fields turn to specific substances. 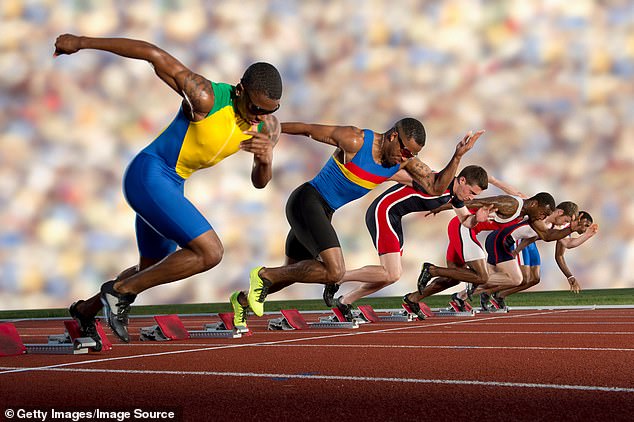 Steroids are a favorite among sprinters, weight lifters and other athletes whose sport requires a lot of muscle mass

Steroids, for examples, are a favorite among athletes who require more testosterone.

‘This is due to the fact that testosterone stimulates our muscles to gain mass, which makes an individual stronger and thereby better able to perform,’ Nordsborg said in a press release.

Many track and field participants, like sprinters and shot-putters, are the most likely to benefit from the drugs.

Sprinter Tyson Gay, once a superstar of the American track and field team, tested positive for using steroids in 2013.

He was suspended from competition for a year, and had a silver medal he won at the 2012 Olympics in London rescinded.

Gay is the fastest man in track and field history to have never officially won an Olympic medal.

Shelby Houlihan, a long distance runner on the track and field team, has been suspended for the 2020 and 2024 games after testing positive for steroids earlier this month.

Houlihan denies that she used the drugs, instead saying she ate a pork burrito the night before the test, and that the meat caused a positive test.

For sports that do not require big muscles, but instead more muscular endurance, such long distance runners and cyclists, erythropoietin (EPO) is the cheater’s drug of choice.

‘EPO promotes the formation of red blood cells that carry oxygen around the body, thereby providing a rider or runner with more energy to move and work hard,’ said Nordsburg.

‘Several studies also suggest that the use of EPO increases endurance.’

Three Russian biathlon contenders, Alexandr Loginov, Irina Starykh and Ekaterina Iourieva, were booted from the 2014 Sochi Olympics in their home country for use of EPO.

The biathlon is an endurance heavy sport that requires competitors to ski long distances, then periodically stop at a shooting range to shoot targets from a distance.

In some sports, such as shooting, archery and golf, concentration is the most important trait. 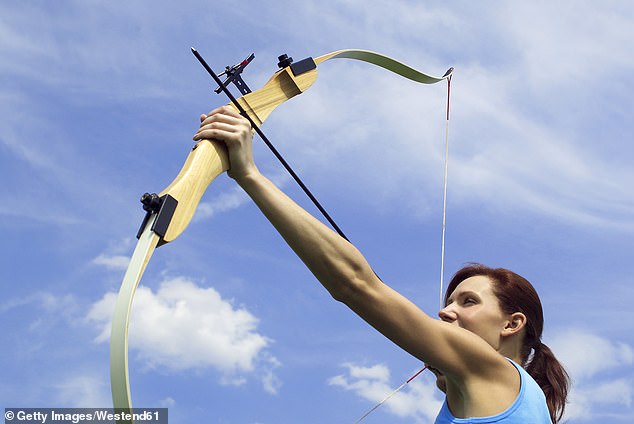 Archers, shooters and others in similar sports benefit most from beta blockers, which lower heart rate and blood pressure, allowing better focus and concentration

In these sports, cheaters may use drugs that lower blood pressure and heart rate.

‘Athletes in these disciplines must remain absolutely calm. For them, the most widely used doping substances are beta blocker, sometimes used for patients with severe exam anxiety,’ Nordsborg said.

‘These medications lower the heart rate and blood pressure, which reduces shakiness in one’s hands and may lessen nervousness.’

Kim Jong Su, a North Korean shooter, was expelled from the 2008 Olympic Games in Beijing and stripped of two medals he won after he tested positive for using the beta blocker, propranolol.

While performing enhancing drugs are common, they are not the only reasons a person can be thrown out of the games.

Sha’Carri Richardson, a sprinter who rose to fame as one of the most recognizable members of the U.S. team, was suspended after testing positive for cannabis earlier this month.