The phantom is one of the most unique creatures in Minecraft. It made its way into the game through a mob vote with a few other interesting-looking creatures.

Many players consider the phantom to be quite annoying. This is likely due to the fact that they are unaware of its uses. These uses are quite beneficial in the late game, and players should take advantage of them as much as they can.

Also read: How to create an automatic item sorter in the Minecraft 1.17 Caves & Cliffs update

The uses of the phantom in Minecraft

The phantom has a couple of uses that should interest all Minecraft players who plan to defeat the Ender Dragon.

After defeating the Ender Dragon, the player gains access to the End Cities, whose End Ships have a chance of containing the Elytra.

The Elytra is widely known as one of the best items in Minecraft as it allows the player to rapidly glide across long distances. When combined with firework rockets, the Elytra allows for almost infinite flight.

Repairing the Elytra is, by far, the best use of the phantom membrane. However, there is one other use. Players can create a Potion of Slow Falling with a phantom membrane by combining it with an awkward potion. This Slow Falling potion lasts for 1.5 minutes and is great to use during the Ender Dragon fight. 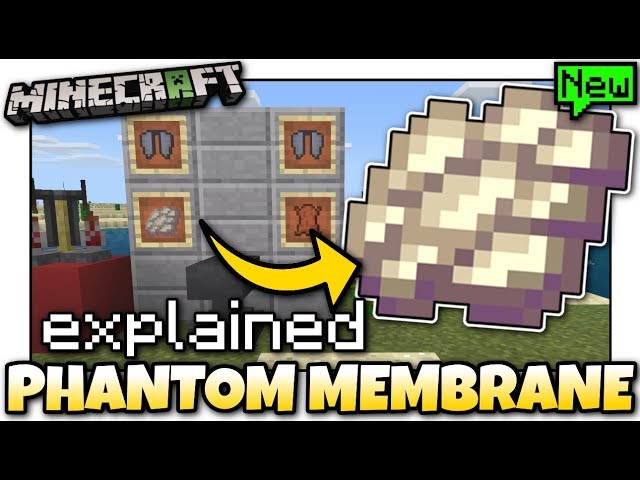 The video above, created by Skippy 6 Gaming, provides a visual tutorial on how to make use of spare phantom membranes.

Players who are looking to farm phantom membranes will have to put off sleeping for three nights. After doing this, multiple phantoms will begin spawning each night. The phantoms will dive down, and the player can swiftly kill them. Looting enchanted tools are recommended to maximize phantom membrane output.