Michael Bisping tips his hat to Jake Paul for trying to make a name for himself in the world of combat sports despite already having millions in his bank account. Jake Paul might appear brash at times, but Bisping respects his decision to take on Tyron Woodley in a professional boxing match on August 30, 2021.

Usually, there’s a narrative that people get into combat sports if they’ve had a rough childhood or grown up in poverty. In Paul’s case, he was already living a life many only people dream of before choosing to focus on boxing. Paul is 3-0 in his professional career and has won all three fights by knockout.

In his last contest, Jake Paul knocked out former UFC fighter Ben Askren and established himself as a legitimate boxer. Paul has now picked a much tougher opponent in former UFC welterweight champion Woodley. According to Bisping, Paul’s desire to take on legitimate fighters in the boxing ring is commendable.

“There is no prerequisite in combat sports that you must come from a disadvantaged background. There’s no textbook that says you have to have been physically or emotionally abused as a child for4 you to then go on and become a professional fighter. Listen, sometimes that stuff just helps but you don’t have to go through hardships to become a professional fighter. And if anything, I respect Jake Paul more for having millions in the bank, for having the YouTube following and the rest of it, but still choosing to put his name on the line and go against Tyron Woodley.” 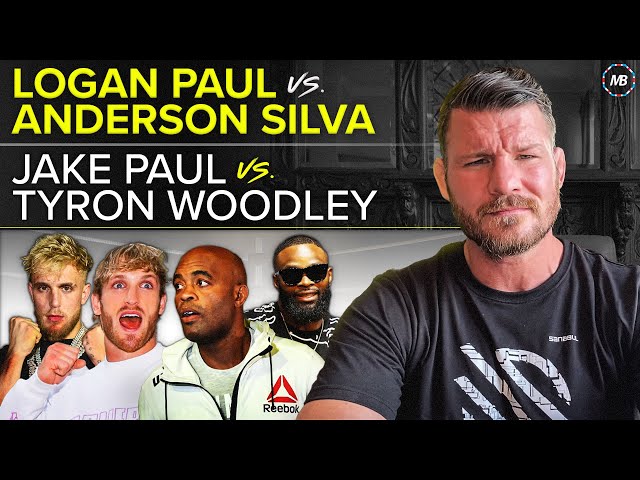 When Michael Bisping was offered to fight Jake Paul

In an interview with TalkSport, Michael Bisping confirmed that Jake Paul’s team reached out to him with an offer to fight ‘The Problem Child.’ However, Bisping chose not to step out of retirement to fight the YouTube star. ‘The Count’ cited his multiple injuries suffered during his MMA career as the reason for declining the fight.

“Jake Paul’s team did make me an offer which I didn’t suitably entertain. I’m not interested in coming out of retirement; obviously I’ve got so many injuries. But I did have a bit of a laugh with it,” said Bisping.