Speedrunning Minecraft can be incredibly fun and rewarding. To speedrun Minecraft, players must beat the ender dragon. Professional Minecraft speedrunners can accomplish this feat in mere minutes despite it being quite challenging.

Of course, every speedrunner has to start somewhere. Overtime, gamers will improve their speedrunning skills. The following article lists five helpful tricks that beginner Minecraft speedrunners should keep in mind during their gameplay.

Obtaining ender pearls is an essential aspect of beating the game. Without them, players cannot craft the highly important ender eyes that will lead them to the stronghold and the end dimension.

However, an abundance of ender pearls can be quite difficult to collect, especially when the clock is ticking. Luckily, there are a few different ways to go about this.

One of the most common ways that Minecraft players get ender pearls is through trading. Gamers can trade with piglins in the nether using gold ingots, but that method can take a while, lots of gold and still result in little to no luck. Gamers could also trade with expert-level cleric villagers for ender pearls. However upgrading a cleric to an expert will surely be time consuming during a speed run.

One of the most efficient ways to get ender pearls during a speed run is in a warped forest biome in the nether. The only mobs in these biomes are endermen, and there are usually lots of them.

Players can build a protective roof above them to keep them safe from endermen attacks. It should be no taller than two blocks high and at least three to five blocks wide. Endermen will be too tall to get through this roof, and players will be able to hit the mobs from underneath it.

Of course, players cannot get to the nether without first building a nether portal. This can be tricky and cause players to lose precious time during their speed runs.

The most effective nether portal trick is the lava pool nether portal. Since water and lava combine to make obsidian, players can manually shape a nether portal without having to mine any obsidian blocks whatsoever.

This trick can be done quickly with enough practice. It will eliminate the need to create a portal using a diamond pickaxe.

Also read: How to make a Minecraft nether portal without a diamond pickaxe

One of the best tricks that beginner Minecraft speedrunners should know is the explosive bed method of defeating the ender dragon.

Some Minecraft players might know beds cannot be used in any dimension other than the overworld. Attempting to sleep in a bed will cause it to explode, and usually kill the player along with it.

However, death by bed can be avoided in the end (and the nether) with a simple trick. By placing a block in-between a bed and a player to create enough space between the explosion, players should be able to click on the bed and cause it to explode without falling victim to it. This method makes fighting the ender dragon easier than ever.

While this bed trick is not too difficult to accomplish, it can still easily result in the player’s death.

The MLG water bucket trick can save Minecraft speedrunners in so many scenarios. This trick was recently made popular by many talented speedrunning YouTubers.

The trick involves placing water on a block right before hitting the ground to avoid taking fall damage. It is typically used when falling from high places that will likely result in a player’s death. Although preventing fall damage can be done a number of different ways, using a water bucket is typically the most common method. 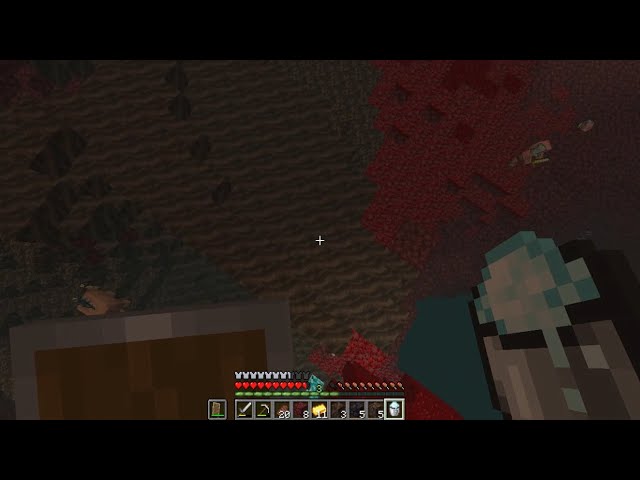 There is a brand new, super useful MLG trick that Minecraft players should know about. It is similar to the MLG water bucket trick, except it is done using powder snow.

Since water cannot exist in the nether, it is quite inconvenient for speedrunners and can sometimes make or break a speedrun completely.