Despite the Queensland Government declaring all sport was banned during lockdown, the NRL has confirmed five games will be played across two days at the same venue in Brisbane.

Suncorp Stadium will host a triple header on Sunday, before a further two games on Monday.

The five remaining round 20 fixtures will be played in front of no crowds, with the footy earlier postponed after six confirmed positive Covid cases on Saturday in the Sunshine State.

From 1.50pm on Sunday afternoon, the Newcastle Knights and Canberra Raiders do battle first up, followed by a grand final replay between the Penrith Panthers and ladder leaders Melbourne Storm at 4:05pm. 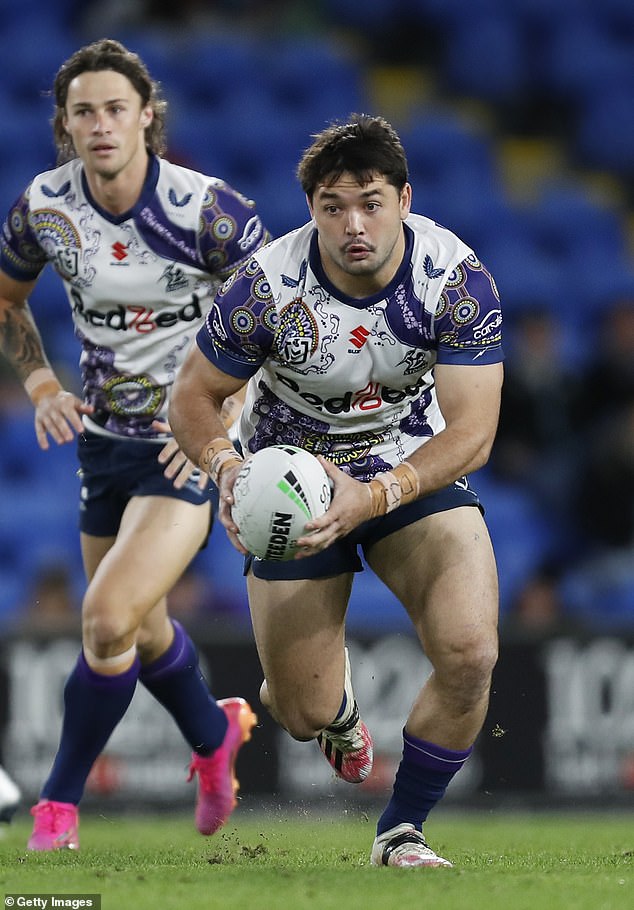 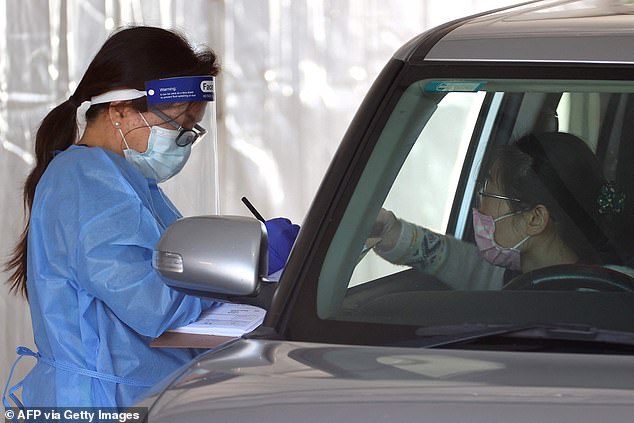 The decision has raised a few eyebrows, with most parts of Queensland in a three-day lockdown after six positive Covid cases on Saturday (pictured a health care worker takes a sample)

The St George Illawarra Dragons and South Sydney Rabbitohs will then square off from 6:25pm.

ARL Commission boss Peter V’landys thanked the Queensland government for their cooperation and pledged ‘to present the most stringent biosecurity protocols to ensure there is minimal risk in allowing our matches to be played’.

NRL CEO Andrew Abdo was equally delighted the games will go ahead.

‘I would like to thank the clubs, both players and officials for their flexibility, teamwork and co-operation in adjusting to the new stringent protocols and the revised schedule,’ he said.

Earlier on Saturday, Queensland chief health officer Jeanette Young said the matches were suspended, with most parts of the state in lockdown until Tuesday afternoon.

‘There will be no football matches,’ she said.

‘So, no community sport, no professional sport, nothing for the next three days.’

It left the NRL scrambling, before an exemption was granted late on Saturday night by Premier Annastacia Palaszczuk, in welcome news for footy fans.

Hours earlier in comical scenes, the Rabbitohs squad flew to Rockhampton in Central Queensland – only for their match against the Dragons to be postponed. 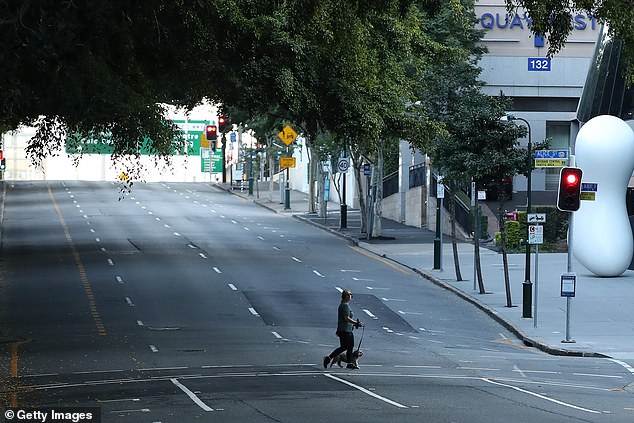 Despite the current lockdown in most parts of Queensland, the NRL has confirmed five matches will be played in Brisbane on Sunday and Monday

Anthony Griffin’s men were preparing to head north, only to be told to return to their team hotel and await further instructions.

If the lockdown happens to be extended in Queensland beyond Tuesday, V’landys said the NRL will have several options to ponder over.

‘If that did occur, and that’s the worst-case scenario, we would be able to play with no crowds,’ he told Fox League.

‘That’s one option. We have other options. There’s still Victoria….we have been looking at these options.’

*All games AEST and to be played at Suncorp Stadium, Brisbane