In an exclusive interview with Sportskeeda Wrestling, Ricardo Rodriguez, best known for his time as Alberto Del Rio’s manager, spoke about being a part of said video. Only in this case, it may be difficult to spot Rodriguez. When he acted in the video, he was in a mask!

You can check out the entire interview with an unmasked Ricardo Rodriguez right here. Be sure to subscribe to the channel for more exciting content of this nature! 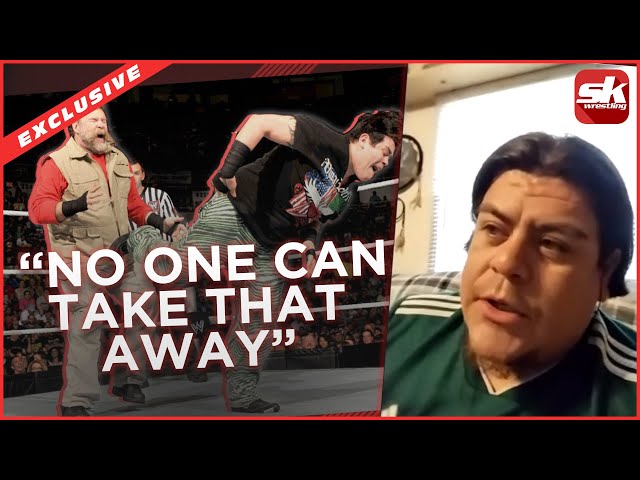 You may check out the music video right here.

What is Rob Van Dam like behind the scenes?

Ricardo Rodriguez took us back to the time when he acted in this legendary video:

“I met Rob Van Dam way before WWE. I worked with Rob Van Dam way before WWE. I used to train at this school in California called KnokX Pro which was owned by Rikishi. And Rob Van Dam came down when he was in TNA to film his music video. So, if you ever go back and watch…you can go on YouTube and look it up…I believe the name of the band was Kushinator. Myself and Miro are both in the video. Cuz we both used to train together.”

Ricardo Rodriguez would also work with Rob Van Dam during his WWE stint. He admits, however, that he did not get to know him as well as Alberto Del Rio. That said, he offers a unique perspective on the kind of man Van Dam is:

“If you ever meet Rob Van Dam, Rob Van Dam is so relaxed. So chill. So, he’ll come, he’ll say hi to you and then he’ll just kinda go away and then he’ll come back after a little while. So, I didn’t get a chance to hang out with Rob Van Dam as much as I got to do with Alberto. It was two completely separate things.”

Fans who want to catch Ricardo Rodriguez in action can do so at Fabulous Lucha Libre on Friday, August 20th (SummerSlam weekend) at the Superbeast Compound in Las Vegas, Nevada. Tickets are available here.