Two co-founders of the women’s advocacy group Time’s Up allegedly helped New York Gov. Andrew Cuomo’s office draft a letter seeking to discredit allegations from one of his sexual harassment accusers, according to the AG report.

Boylan had been the first of Cuomo’s accusers to come forward publicly in February with allegations that Cuomo had sexually harassed her, making comments on her looks and at one point asking her if she would play a game of strip poker with him.

The alleged involvement of Tchen and Kaplan in Cuomo’s denial letter, was revealed in Attorney General Letitia James’ report, released on Tuesday, which found Cuomo had sexually harassed 11 women.

In her 165-page report, James stated that a group of advisors for Cuomo last December, sought to pen a letter that, ‘denied the legitimacy of Ms. Boylan’s allegations, impugned her credibility, and attacked her claims as politically motivated.’ 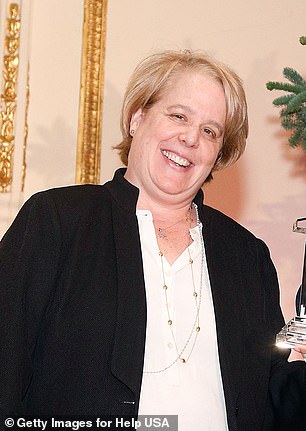 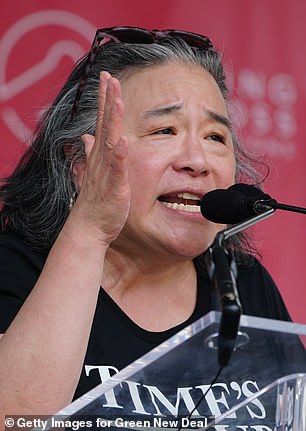 Staff for Gov. Andrew Cuomo recruited the help of Time’s Up co-founders Roberta Kaplan (left) and Tina Tchen during an effort to discredit allegations of sexual harassment by former Cuomo aide Lyndsey Boylan 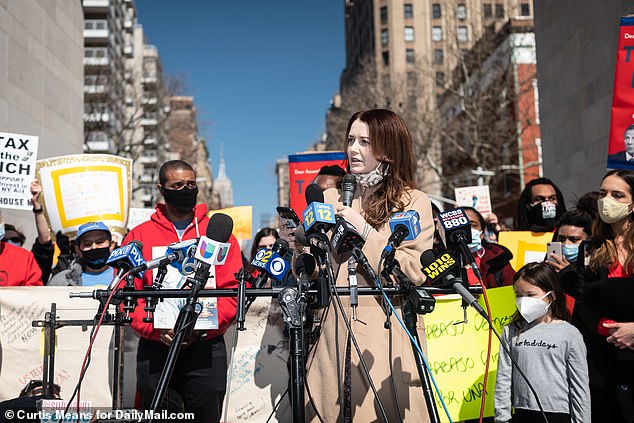 Boylan (pictured) had been the first of Cuomo’s accusers to come forth publicly with allegations that he sexually harassed her. In the weeks before she went public with the accusations, staff for Cuomo sought to draft a letter discrediting her claims, and asked Kaplan and Tchen for help crafting it

Top Cuomo Aide Melissa DeRosa testified that Cuomo initially drafted the letter by hand, although the governor testified that he did not ‘remember handwriting any document,’ but that he ‘participated in drafts.’

The letter was intended to be sent to former colleagues of Boylan and Cuomo for them to sign, and then published, possibly as an op-ed.

DeRosa testified that she had misgivings about the letter, and worried that it would ‘backfire,’ so Cuomo asked her to reach out to Kaplan for input.

‘According to Ms. DeRosa, Ms. Kaplan read the letter to the head of the advocacy group Times Up [Tchen], and both of them allegedly suggested that, without the statements about Ms. Boylan’s interactions with male colleagues, the letter was fine,’ James said in her report.

Time’s Up is a charity that raises money to support victims of sexual harassment, and was formed at the beginning of 2018, at the height of the #MeToo movement.

Staff for Cuomo, however, continued to have misgivings, except for Cuomo ally Steve Cohen, who had said with some edits ‘it would be acceptable.’ 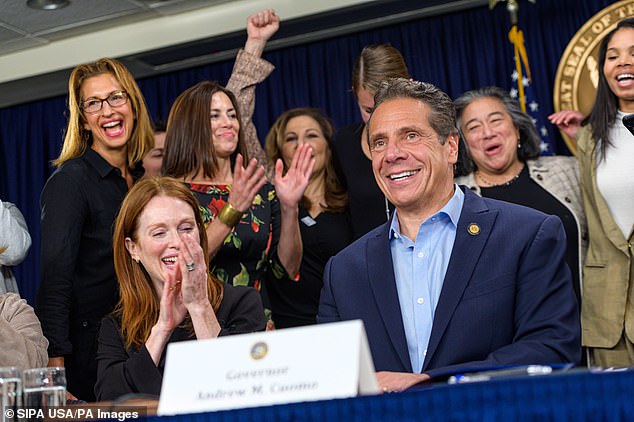 Cuomo can be seen with Tchen (second from right) in 2019, upon the governor signing an extension for the statute of limitations for rape in the state. Tchen said her organization had worked with Cuomo on the legislation

‘Ms. DeRosa reported back to the Governor that Ms. Kaplan and the head of Times Up thought the letter was okay with some changes, as did Mr. Cohen,’ the report read, ‘but everyone else thought it was a bad idea.’

DeRosa is currently being represented by Kaplan’s firm Hecker & Fink LLP in the attorney general’s investigation the report notes.

Ultimately, the letter was never published, after Cuomo’s staff was unable to find enough people willing to sign it, according to James.

‘Several people whom the Governor’s advisors asked to sign the letter were uncomfortable with what it said about Ms. Boylan,’ she said in her report, adding that one said the letter ‘amounted to “victim shaming,”‘ and another remarked ‘This entire thing is castigating her.’

In throwing out the letter, Cuomo in his testimony compared himself to Abraham Lincoln. 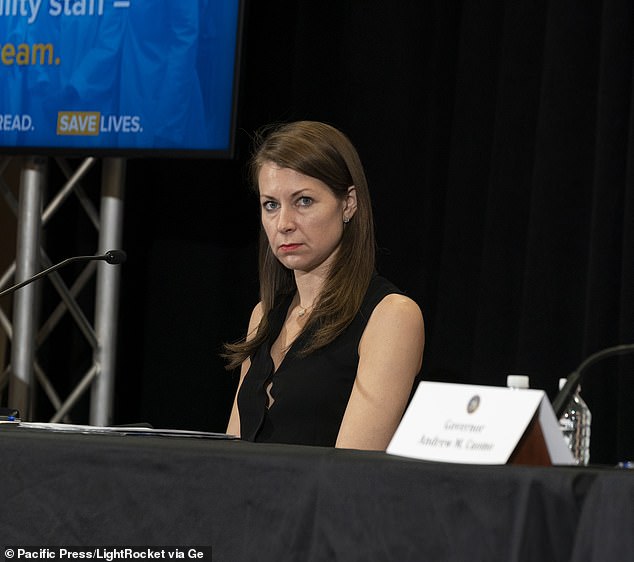 Cuomo aide Melissa DeRosa had sought out Kaplan’s help in drafting the letter, who in turn consulted with Tchen. Kaplan is now representing DeRosa in the attorney general investigation. Ultimately the letter was never published

‘He drew a comparison with Abraham Lincoln’s apparent practice of handwriting a long response to an article that infuriated him and then crumpling up the response and throwing it out,’ the report read. ‘The Governor testified that, like Lincoln, the writing process was cathartic for him.’

Jill Basinger, and attorney for Boylan said Wednesday that she and her client were ‘shocked’ that Cuomo’s staff would seek the help of women’s advocates in their efforts to undermine her accusations.

‘We were shocked, just shocked that the people that were asked to protect survivors, the very organizations put in place to help people, were being weaponized against Lindsey,’ Basinger said in an interview with the Washington Post. ‘She didn’t know there were this many people rooting against her.’

Kaplan responded, saying that her input was that the letter should not in any way shame Boylan.

‘While it turns out the response was never published, I made it very clear that any response should never shame an accuser,’ she told the Post. ‘Given the revelations in the New York Attorney General report, I support and agree with Time’s Up that Governor Cuomo should resign.’

Tchen said she did not remember the particulars of the letter in regards to what she discussed with Kaplan, but denied that she would take part in an effort to discredit an accuser.

‘You cannot make any attempt to attack or discredit a person who has come forward with allegations,’ she told the outlet. ‘Had those parts existed in what was read to me, I would have said, “Do not say that.”‘

In a statement sent to the Hollywood Reporter Tchen further doubled down on her stance.

‘Before any allegations were made against Governor Cuomo, in 2019, Time’s Up worked with his administration to pass the Time’s Up/NY Safety Agenda. In December 2020, Tina was asked to give her perspective on a public response to Ms. Boylan’s allegations,’ she told the outlet.

‘Although Tina made no recommendations as to what he should do, she shared the stance Time’s Up has always taken in these matters. She was clear that any response coming from the Governor’s office addressing the allegations would be insufficient and unacceptable if it did not acknowledge the experiences of the women who came forward, and that it should in no way shame or discredit the women.’ 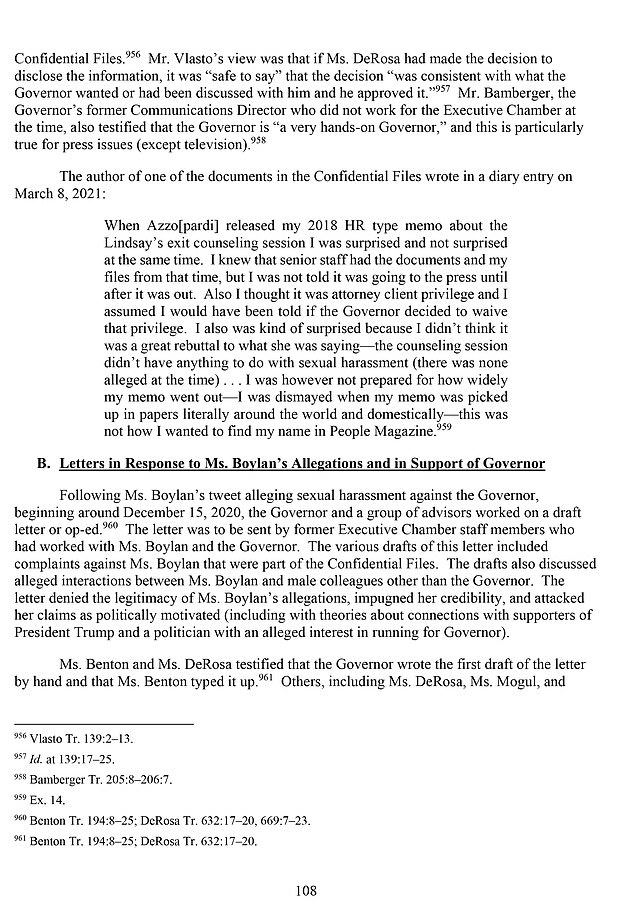 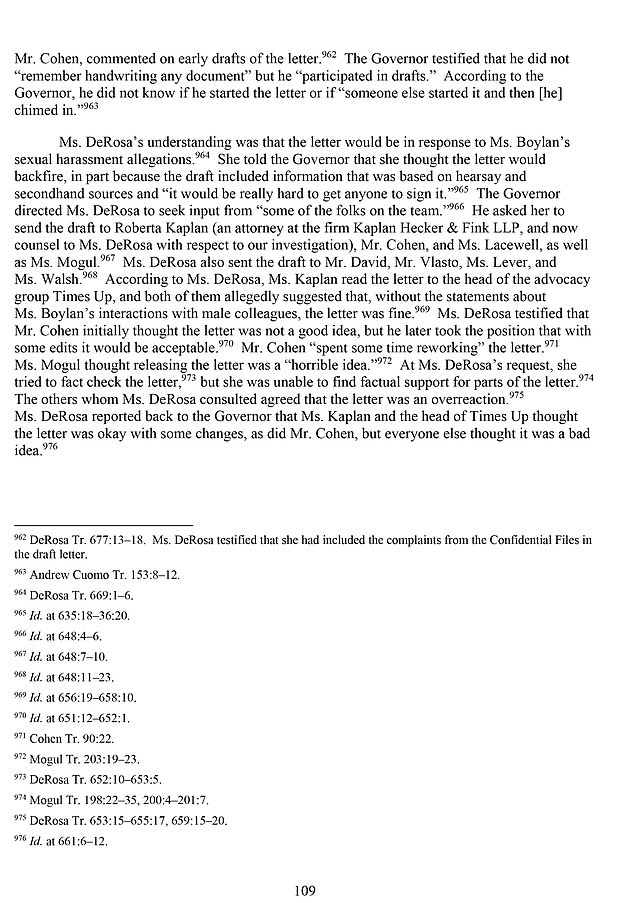 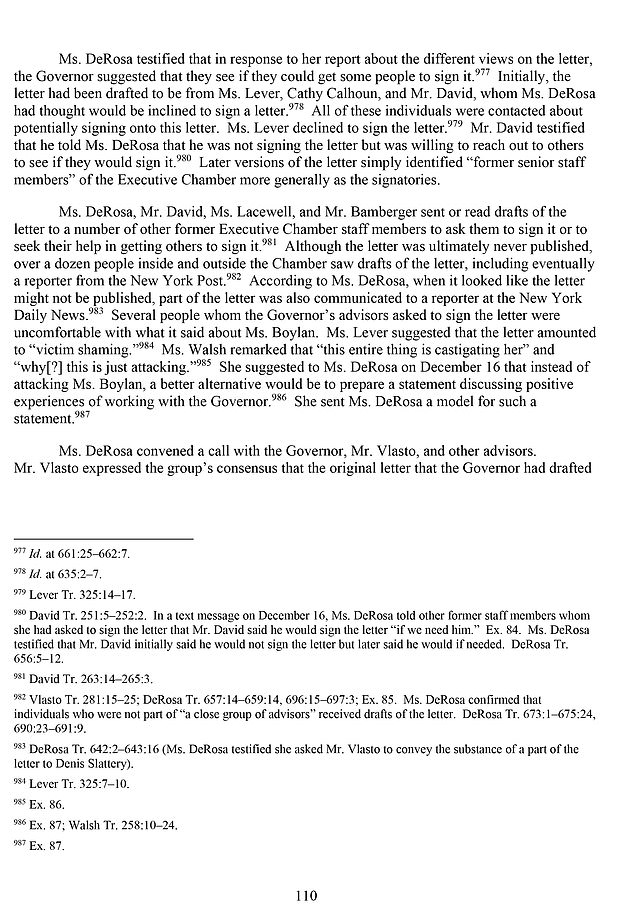 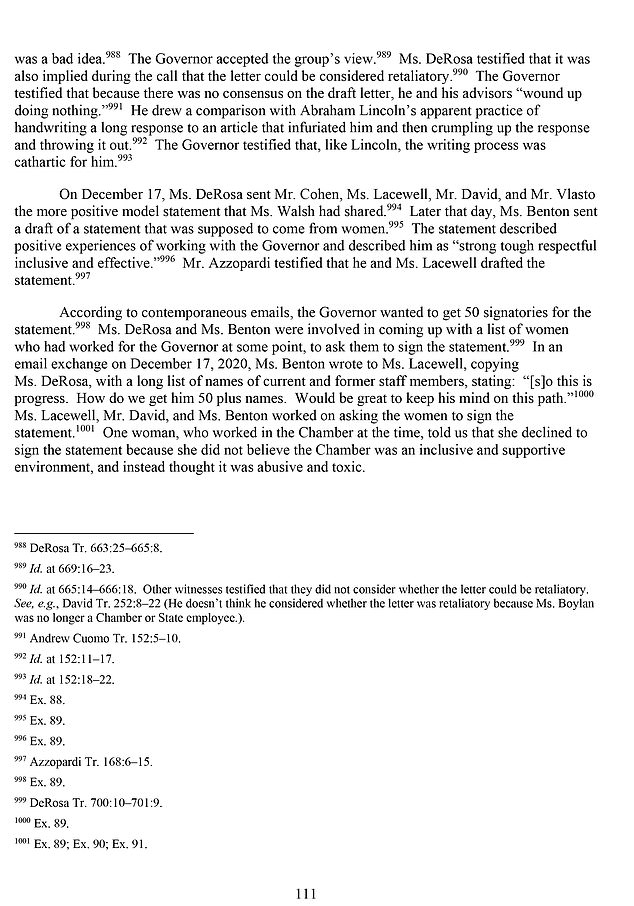