WHOOO-NO! Central Park’s beloved barred owl Barry is killed after flying into a maintenance car while searching for food’

By Ronny Reyes For Dailymail.Com

New York City’s beloved ‘Barry the owl’ died early Friday when he was struck and killed by a Central Park maintenance vehicle while searching for food.

The Central Park Conservancy group confirmed the death of a barred owl in a Tweet, saying he had been flying low to the ground, probably hunting, when he made contact with one of their vehicles.

‘The barred owl’s presence in Central Park brought so much joy, reminding all of us that the Park is a vital greenspace for all New Yorkers, including the wildlife that call it home,’ the conservancy said. 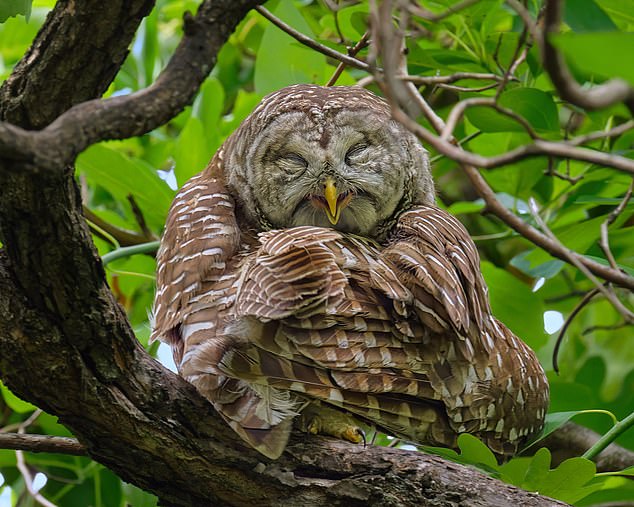 Barry the owl was photogenic bird who appeared to pose for photos of his fans in Central Park. Pictured above is one of the last photos of him before the park announced the death of a beloved barred owl 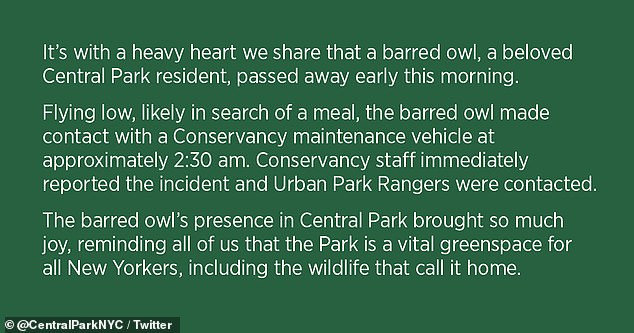 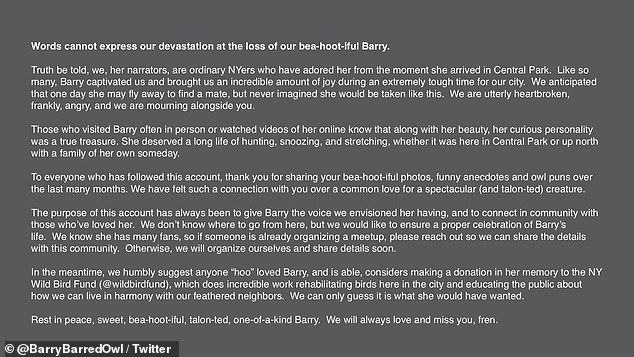 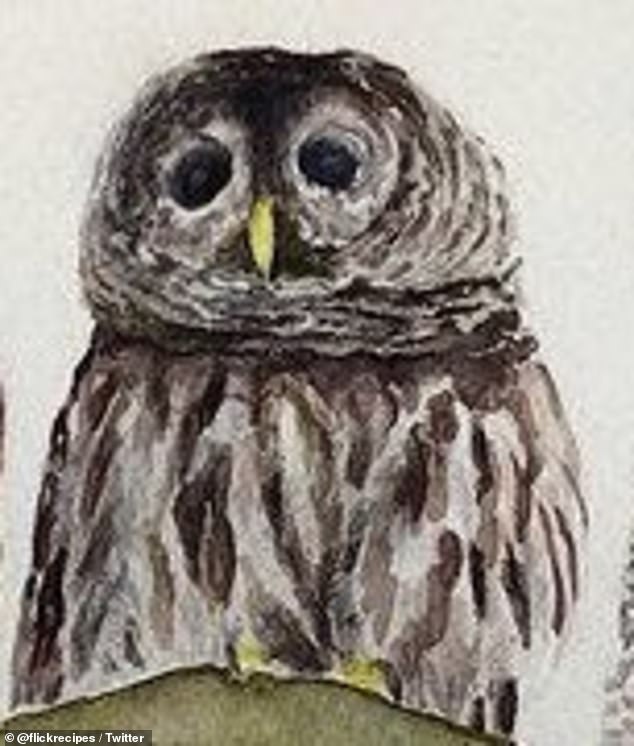 Photos of Barry were incredibly popular on social media as dozens of fans would flock to the park to take pictures of him. One fan even did this painting of him

People on social media paid their respects to Barry, who despite being nocturnal, surprised passersby with daytime appearances in Central Park.

With its intense black eyes and poufy feathers, Barry’s photogenic looks quickly made him a star, star as dozens flocked to the park to take photos of the owl for social media.

Barry even had his own Twitter page, which featured photos and videos of him and his fellow owls in Central park.

One fan. Wendy Iraheta, of Harlem, even waited for more than an hour just to take a video of Barry tending his feathers.

”It melts your heart,’ she said. ‘It’s pretty much one of the cutest things I’ve ever.’ 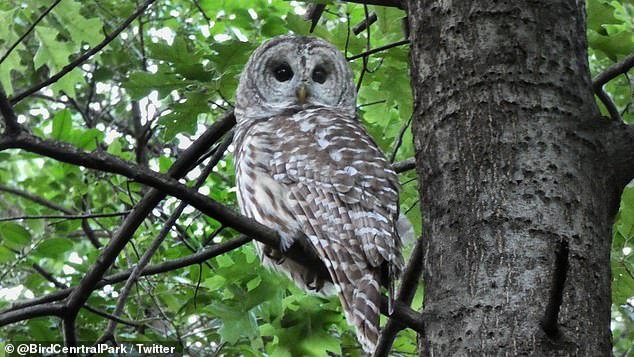 Barry was first spotted in the park in fall 2020, with his brief spell in the spotlight coming to a tragic end on August 6

Another fan joked they would hunt down Barry’s killer and said they’d do a ‘John Wick on them’ – a reference to the vigilante film character played by Keanu Reeves.

DeCandido said he was glad to have discovered Barry and said the owl’s popularity was helping conservation efforts.

‘The more people see this, the more they’ll like owls, and the less they’ll want ice-skating rinks and things that reduce what owls need, which is woods.’

According to the Audubon Society, barred owls enjoy wooded lands and swamps and have been known to hunt in the daytime.

The barred owl is characterized for its less aggressive attitude compared to its fellow owls.

This type of owl is known is known to fly low through the forest when hunting, and it may hover before dropping in on its prey.