COVID-19 survivors may be more protected with only one vaccine dose than those who never contracted the virus are with two doses, a new study finds.

Researchers from Rush University in Chicago, Illinois, compared vaccine antibody levels among people with and without natural COVID immunity.

What’s more, antibody levels did not increase much between dose one and dose two for COVID-19 survivors.

This means the world may be able to save doses, at least in the short term, by giving former Covid patients only one dose. 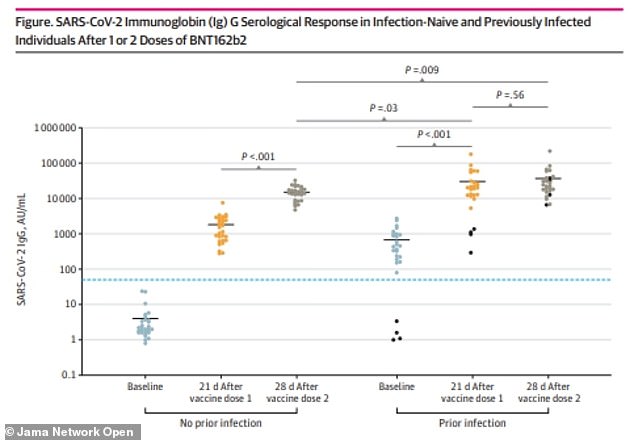 Researchers, who published their findings Friday in JAMA Network Open, recruited 59 people for the study, splitting them into two groups.

The group of infection-naïve participants – those who were never infected – included 30 people, while there were 29 in the group of Covid survivors.

Each were given a regular regimen of the Pfizer-BioNTech vaccine – the most commonly used vaccine in the U.S.

At the start of the study, before any shots were given, the infection-naïve group had a base arbitrary units (AU) per milliliter of 4.03. 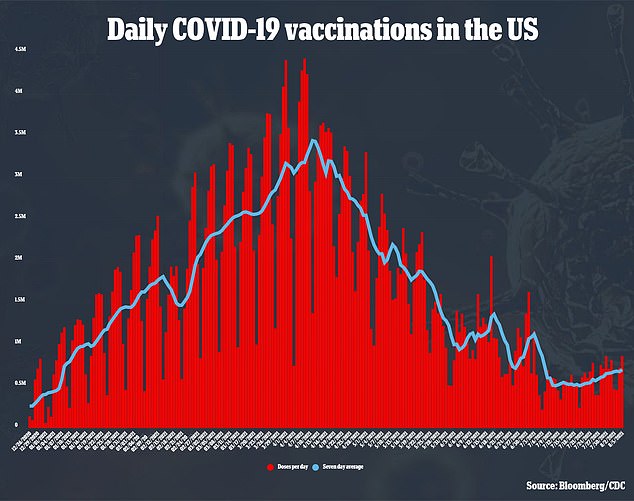 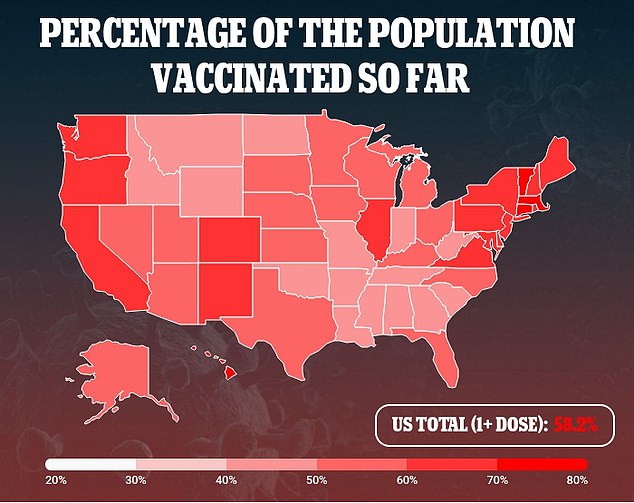 After the first shot, levels increased to an average of 1,822 AU/m in the infection-naïve group compared to 30,173 AU/ml for previously infected people – twice as high.

After the second dose, levels rose to 15,005 AU/ml among the non-previously infected group and a slight rise of 36,600 for COVID-19 survivors..

This means that, even after both shots, infection-naïve people will only have half the antibodies of those who previously had the infection.

Currently in the U.S., around 58.2 percent of the population have received at least one dose of vaccine and 49.9 percent are fully vaccinated.

Some people who are only sitting on one dose may be more protected than they believe if they previously contracted the virus.

However, there is not any conclusive research that higher antibody levels lead to more protection from the virus, many health experts believe that is the case.

Around 35 million Covid cases have been recorded in the United States, though the true figure could be above 80 million due to the amount of cases in the U.S. that might have gone undetected. 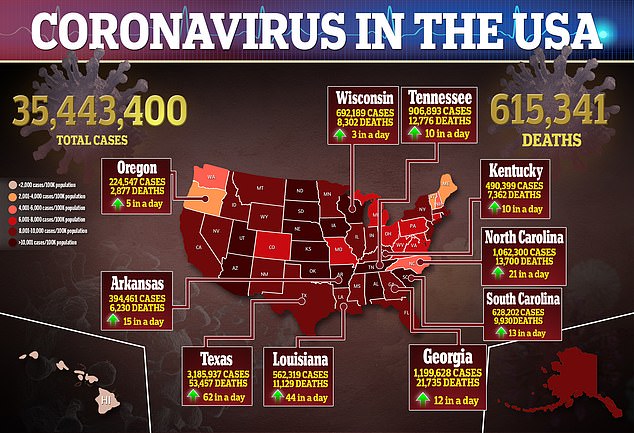