Mere hours away from the sound of the first bell, Derrick Lewis and Ciryl Gane find themselves wracked with nerves. If UFC commentator and host Jon Anik is to be believed, then the Houston native is seemingly feeling the pressure of the event much more than the Frenchman.

While in conversation with The Schmo, Jon Anik offered fans a sneak peek into the minds of the fighters who are set to take center stage at the Toyota Center in Houston, Texas.

“Derrick Lewis is feeling the pressure. Now that is not to suggest that he can’t sort of channel that in the right way, but three or four times during our 20-minute sit down with him, he kept coming back to the pressure and the nerves. So much so that he is in the shape of his life because he felt like that would help him deal with that pressure,” declared Anik.

Derrick Lewis’ outing against Ciryl Gane at UFC 265 will mark his second stint in a title fight. Having unsuccessfully fought Daniel Cormier for the undisputed heavyweight strap in November 2018, Derrick Lewis will hope to record a more fruitful outcome this time around.

Ciryl Gane, unperturbed by the threat presented by Derrick Lewis

Contrary to his would-be opponent, Ciryl Gane drew a calm and composed figure as far as Jon Anik is concerned. Showing no signs of pressure ahead of his high-stakes brawl with Derrick Lewis, ‘Bon Gamin’ is seemingly taking things in stride.

“On the other side, Ciryl Gane, I mean, cooler than the other side of the pillow doesn’t even begin to describe it. Like, this dude is totally unfazed by the magnitude of the moment, the fight atmosphere of his first UFC title fight. I think he is just as even keel of an athlete as we have. I think that’s why he’s obviously undefeated and realized a lot of success,” Anik further described.

Although the fight against Derrick Lewis marks Ciryl Gane’s debut in a title fight, his mentality going into the scrap reflects anything other than the same. With more than just the title hanging in the balance, the stakes for both Lewis and Gane are through the roof.

Watch Jon Anik’s interview with The Schmo below: 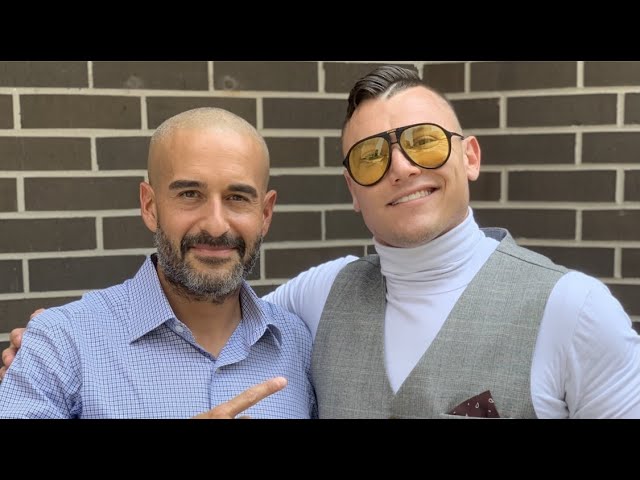 Who do you think will emerge triumphant? Sound off in the comments!