Indigenous beach volleyballer Taliqua Clancy has revealed how a video sent by Cathy Freeman inspired her to a silver medal at the Tokyo Games.

Clancy and Mariafe Artacho del Solar claimed only Australia’s third Olympic medal in their sport and the first since Sydney 2000 when they combined for silver.

It was at the Sydney Games, of course, that Indigenous track star Freeman wrote her name into Olympic history by winning the 400 metres gold, having already lit the flame at the opening ceremony. 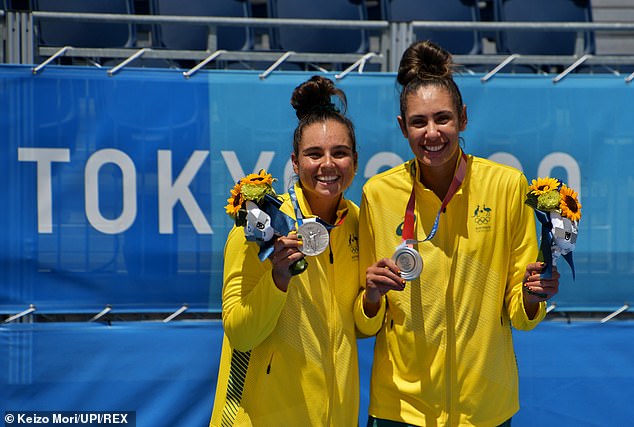 After winning a Silver medal in the women’s beach volleyball, Taliqua Clancy has revealed that a video sent to her by Cathy Freeman inspired her performance (pictured right)

Asked for her Tokyo highlight, Clancy said: “It was (joint flagbearers) Cate (Campbell) and especially (Indigenous NBA star) Patty (Mills) even before we started the Olympics. I think that really set the tone of what was to come.

“But personally Cathy Freeman sent me an amazing video.

“It makes me want to tear up now and that’s the highlight of my whole Olympics.

“The moment of that video reaffirmed my self-belief.

“She is so cool. I’ve had that on repeat from my quarter-final up to the final.” 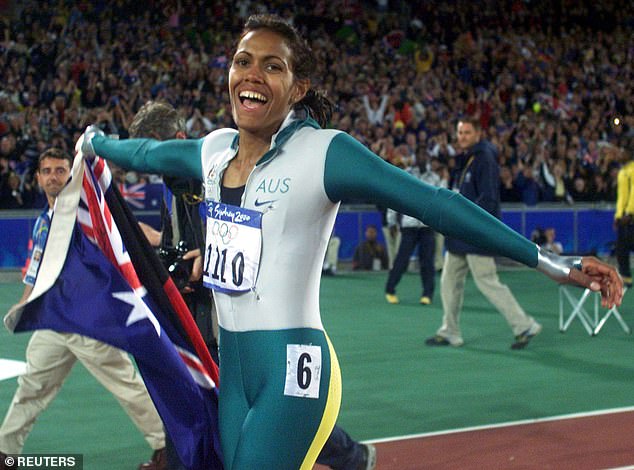 It was at the Sydney Games, of course, that Indigenous track star Freeman wrote her name into Olympic history by winning the 400 metres gold, but her inspiration has lived on her indigenous athletes like Taliqua Clancy

Clancy and Peru-born Artacho del Solar first teamed up in 2012.

But they made their Olympic debuts at Rio 2016 with different partners before really forging their medal-winning relationship.

The pair say they have been inspired by Kyle VanDer-Kuyp, the former 110m hurdler, in his role as the Australian team’s first Indigenous liaison officer.

“I can’t really explain how instrumental his amazing support has been for us through the Games,” said Clancy, 29, from Kingaroy in Queensland. 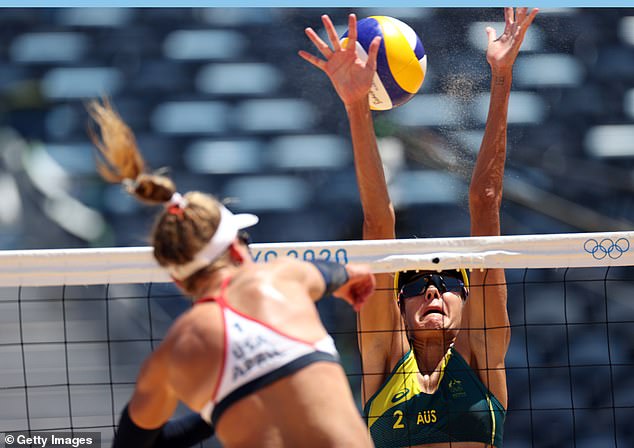 “He’s so relaxed, so positive. It’s just another amazing step forward the AOC (Australian Olympic Committee) has taken to acknowledge First Nations people and it’s been embraced by the whole Aussie camp.”

Indigenous artwork features in the Australia section of the Olympic Village and Clancy said: “It’s awesome – a massive Australia map with all the tribes and all your mobs.

“Every athlete can go and just put a pin up and have that connection.”